Welcome to Pupil Services. Our mission is to support our students and families by providing services and supports in all areas of childhood development. We achieve this together by cultivating opportunities where all students can be successful. 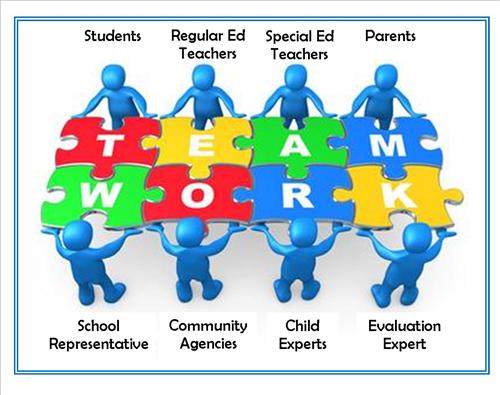 Our community is made up of autistic voices and the people who support them.

On June 20, Carmel High School student Jack Higgins, who is autistic and sensitive to noise, prepared for a noisy reception from his classmates while he walked at graduation. Instead, he got a silent standing ovation and the chance to graduate like his peers.

Higgins, a student at Carmel High School in Putnam County, New York, was set to graduate from high school after eight years in the school’s disability education program. Because Higgins is sensitive to noise, his parents Barbara and Pat, along with Higgins’ teacher Erin Appelle, began to plan a silent graduation for Higgins, according to CNN.

Appelle worked with staff to assist in communicating the message to Higgins’ classmates and keeping them quiet during the ceremony. When the time came, Carmel High School Principal Lou Riolo made an announcement Higgins would graduate at the beginning of the ceremony. Students, Riolo said, should remain quiet and offer a quiet golf clap as Higgins received his diploma so he could graduate like everyone else.

“I’m going to ask the class of 2019 and all our family and guests to indulge me and diverting from the traditional framework of our graduation ceremony and to once again reflect and use the C for compassionate,” Riolo told the assembled graduates. “Jack is super sensitive to loud noises so I’m asking that we give Jack his diploma first at the beginning of the ceremony. In order to do that I’m going to ask a big favor of everybody today, I would like everyone to not clap and not cheer.”

Higgins was called to the podium to accept his diploma, and he approached alongside his two brothers and school aide Rob Ancona with his fingers in his ears, prepared for a lot of noise. His peers, however, remained quiet and clapped silently as Higgins walked across the stage. He crossed the stage to a silent standing ovation.

While some may say the school went “above and beyond” for Higgins, its ceremony simply illustrates what proper accommodation looks like. Students with disabilities should have access to the same activities and events as their peers, and Carmel High demonstrated how it can be done.

“It was important to pull this off,” Riolo told CNN. “First off for Jack, second for his family who could experience the same event as every other parent/family whose child reaches this milestone was of great importance. Lastly to give the opportunity to everyone in that arena a chance to assist in making one young man’s and his families’ graduation dreams a reality.”

For many students with disabilities, end-of-school festivities can often be an example of exclusion rather than inclusion. Disabled students are forced to leave prom early, overlooked in their school yearbook or unable to attend a field trip because the school doesn’t want to provide an aide for the day.

But as The Mighty’s Parenting Editor Ellen Stumbo wrote in her article, “The Systematic Exclusion of Students With Disabilities at End-of-School-Year Events,” students with disabilities have earned their place too:

Students with disabilities are as human and worthy as any other student. They have a right to learn, to enjoy friendships and to be celebrated. While their accomplishments may be different from those of their peers, they were achieved with the same amount of hard work and determination. That deserves acknowledgement and celebration.

“You often have to give people the opportunity to rise to an occasion. I truly believe people have a kind, compassionate soul and they want to help and this was one of those occasions,” Riolo said, adding:

As much as the students rose to the occasion so did Jack. Since Jack is very limited verbally, how overwhelming was if for him with a large crowd and expectation that it would be loud.? It was so brave of him to take that walk which must have seemed like forever and he did it with grace, class and strength.

According to Riolo’s announcement made during graduation, Higgins will attend Ability Beyond in Chappaqua, New York, this fall, an organization with programs and services to support people with disabilities.

“The Carmel Central School District educates the whole student through

partnerships to become lifelong learners in an ever-changing world.”

In the interest of holding Committee on Special Education meetings in a timely manner, we implement the following procedure in the event of school closings or delays: