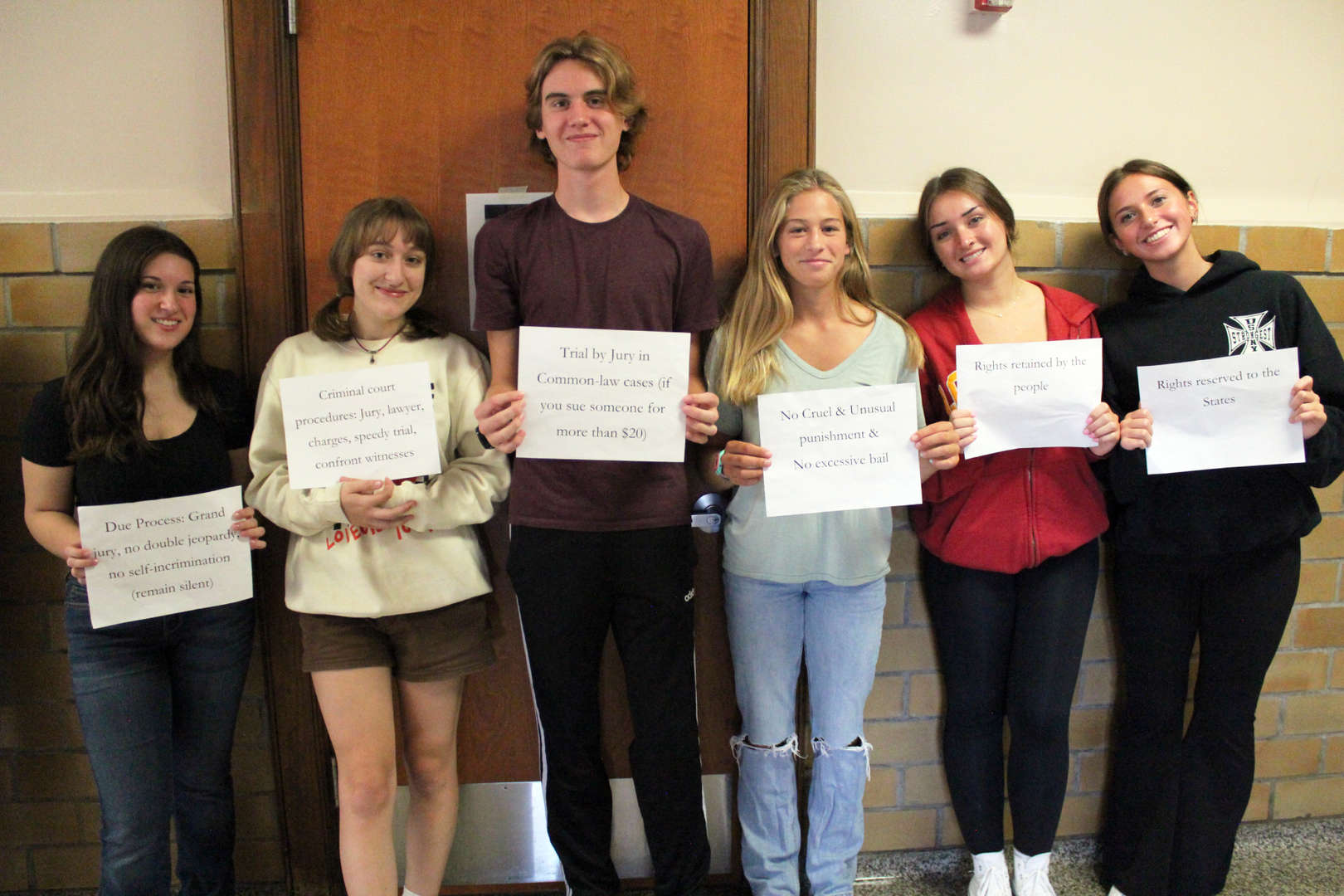 Since 1789 there have only been 27 ratified amendments to the U.S. Constitution. Many people know the more spoken about amendments such as freedom of speech, religion, press and assembly (first amendment) or the right to vote by women (19th amendment). But, do you know all 27 amendments and in the correct order?

In a recent classroom activity, students in Dave Zupan’s AP Government class at Carmel High School were each assigned a constitutional amendment and had to work together to first put themselves in the correct numerical order and then create a short Tik-Tok-esque dance that represented each specific amendment.

Whether it was depicting no quartering of soldiers in private homes in times of peace (third amendment), term limits for the office of president (22nd amendment) or the right to a speedy public trial by jury (sixth amendment), our students showed major creativity and got a ton of laughs from their peers during this interactive, informative and fun lesson.

The lesson concluded with a throwback sing-along to Schoolhouse Rock’s “I’m Just a Bill” -- a special request by several students!