S-U-C-C-E-S-S.... that is how you spell the outcome of last weekend’s Carmel High School musical, the 25th Annual Putnam County Spelling Bee! 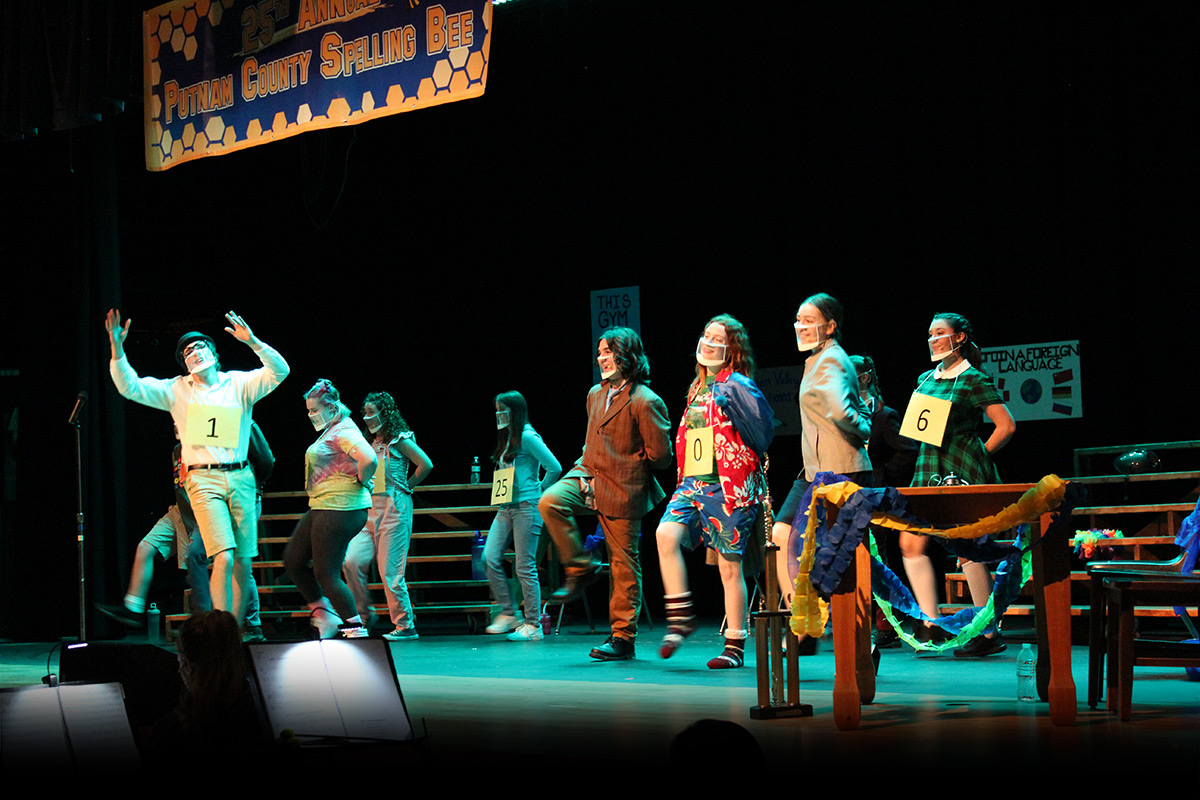 The musical comedy, which first appeared on Broadway in 2005, centers on a fictional middle school spelling bee and the journey that its quirky adolescent contestants take throughout the competition.

After a hiatus in 2020 due to COVID-19 shutdowns, the opportunity to be on stage in front of a live audience made for a positive capstone on the school year.

“Performing in a musical this year showed me that nothing can stop the bond of a cast or the passion for doing what you love,” remarked senior Rowan McGlynn. “The pandemic took a lot away from us, but persistence through the challenges proved that nothing is stronger than a love for each other and our craft.”

The sentiments were echoed by sophomore Ciara Cosgrove: “To be in the musical was one of the best things that happened to me this year. It was so much fun and rehearsal was the highlight of my day, every single day. The musical brought hope of normalcy.”

The production features a small cast, which lent itself well for social-distancing regulations this year. In order to allow more students to participate, several roles were divided into two casts that split the four performances throughout the weekend. Donning clear plastic facemasks during the performances, the student performers had the audience laughing along as their characters battled to claim the top-speller title.

“After last year’s performance was cancelled, we were all eager to show off our talent,” noted senior Troy Sweet. It was great to finally get the satisfaction of audience applause and to put joy on people’s faces.”

“We need laughter now more than ever and putting on such a hilarious production must have lifted a few spirits in the audience,” remarked sophomore Kyle Grgecic who had his first opportunity to be back on stage since the pandemic began through this musical. “I couldn't have asked for a better rehearsal process nor a better performance, and I am so grateful for the opportunity we were given to put on this show.” 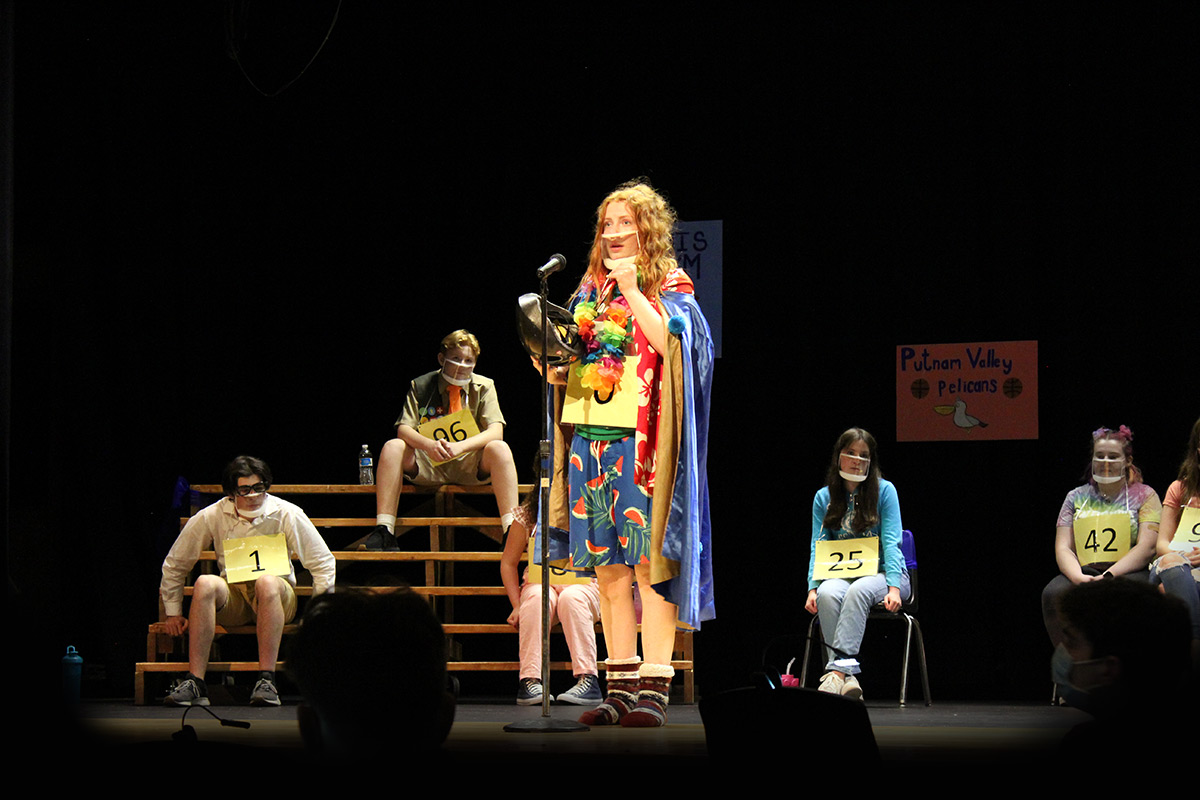 The road to the final performances was paved with challenges due to ever-changing guidelines and restrictions. But students and staff did not let those challenges hold them back.

“The students rose to the challenge and remained flexible as the production underwent many changes from its inception earlier in the year,” said Peter Ballantoni, music teacher at Carmel High School and music director for the performance. “We were thrilled to be able to not only have a show, but to have a great show that the students should be very proud of.”

“The students in the cast, crew and pit demonstrated strength and resilience like no other. It was amazing to witness and be a part of,” added Sydney Coelho, music teacher at Matthew Paterson Elementary and stage director for the musical.

"It was so wonderful seeing the students pull off such a wonderful production, against all odds” remarked Tasha Cucinelli, high school gym teacher and choreographer for the musical. “I think these students took us on one heck of a journey this past year and had a journey of their own as well!”

Congratulations to the cast, crew and pit of this year’s production of the 25th Annual Putnam County Spelling Bee on a job well done!

See a PDF copy of the musical playbill for a full listing of cast, crew and pit members.