Those were the ambitious goals that propelled Carmel High School senior Ryan Doherty to be named a 2022 Scholar in the Regeneron Science Talent Search, the nation’s oldest and most prestigious science and math competition. Three hundred scholars were selected from 1,804 applicants from 603 high schools across 46 states, Washington, D.C., Puerto Rico and eight other countries. 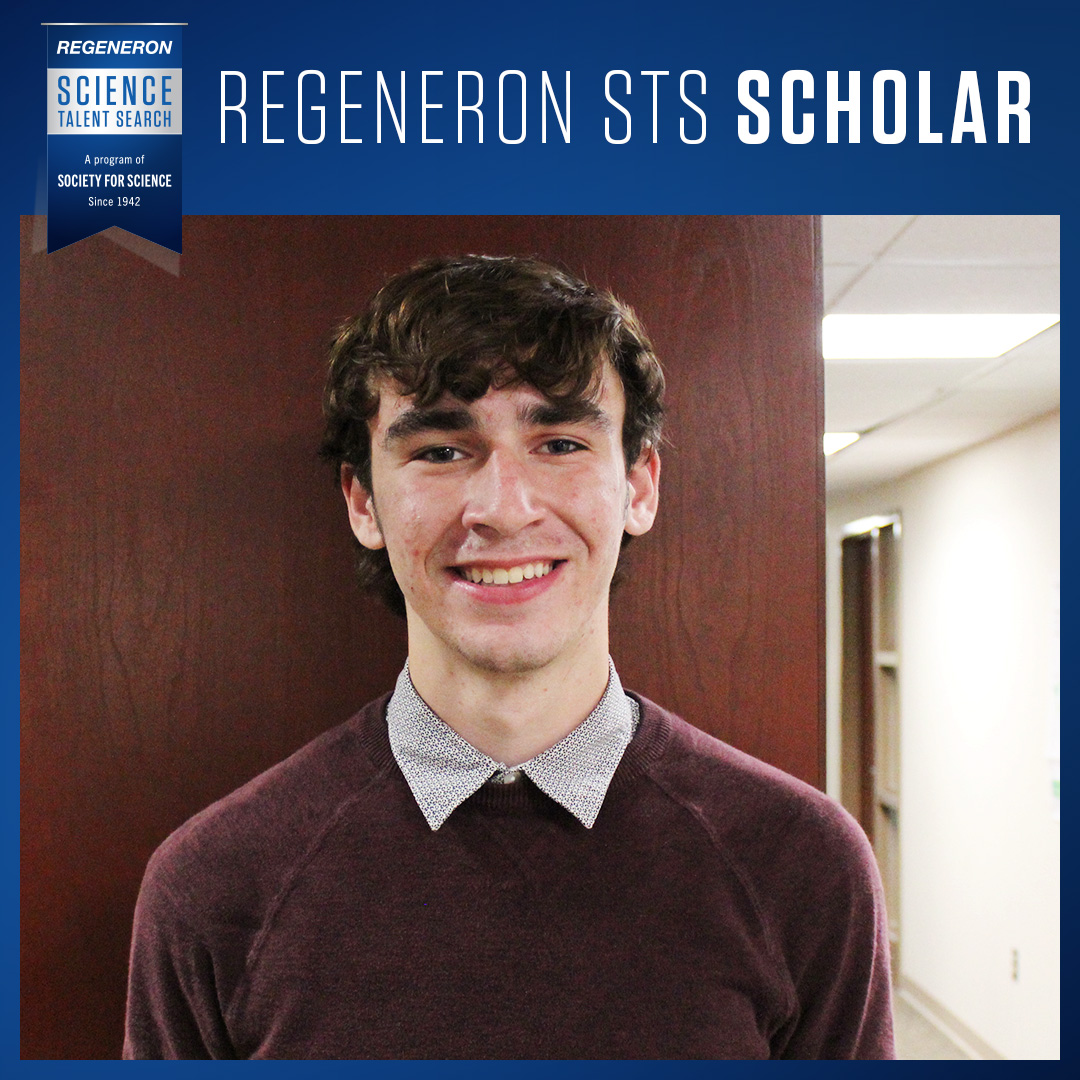 Doherty’s project, “The Effects of Race and Other Social Determinants of Health on HIV Pre-Exposure Prophylaxis Use: A County-Level Analysis Using the PrEP-to-Need Ratio” examined racial and socioeconomic disparities in the usage of PrEP within a county. PrEP is a medication that significantly decreases HIV transmission when administered prior to exposure. Doherty’s paper is currently undergoing peer review and he hopes it will be published in a scientific journal.

Although he put a great deal of effort into his research, Doherty said, “I never thought being named a Regeneron Scholar was a possibility. More than a personal achievement, it is a reminder that my research is important.”

Scholars are chosen based on their exceptional research skills, commitment to academics, innovative thinking and promise as scientists as demonstrated by their original, independent research projects, essays and recommendations.

“It is an extraordinary accomplishment for Ryan to be chosen as a Top 300 scholar,” said Nicole Griffin, Science Research Coordinator at Carmel High School. “We are honored to have him complete his research and apply to Regeneron Science Talent Search as part of our program. He is a promising and talented young scientist, and he exemplifies what it means to be a science research scholar.”

“We are incredibly proud of Ryan for this tremendous accomplishment. Not only is his research exemplary, but the amount of hard work and determination he has dedicated to his studies is outstanding,” said Carmel High School Principal Lauren Santabarbara. “It is students like Ryan who serve as role models for our younger scholars and help pave the way for future accomplishments.”

For his recognition as a Top 300 scholar, Doherty will receive a $2,000 award as will Carmel High School.

The Top 40 finalists will be chosen from the 300 named scholars and announced on January 20. The finalists will then compete for more than $1.8 million in awards during a week-long competition taking place March 10-16.