How high can you Pi?

For Carmel High School senior Nicholas DiLeo, very high – 2,500 digits to be exact. DiLeo takes the crown for the fourth year in a row in the school’s “Digits of Pi” competition with his amazing memorization skills. He has now topped the previous all-time Carmel High School record of 2,450 set by Christina Gregis in 2015. 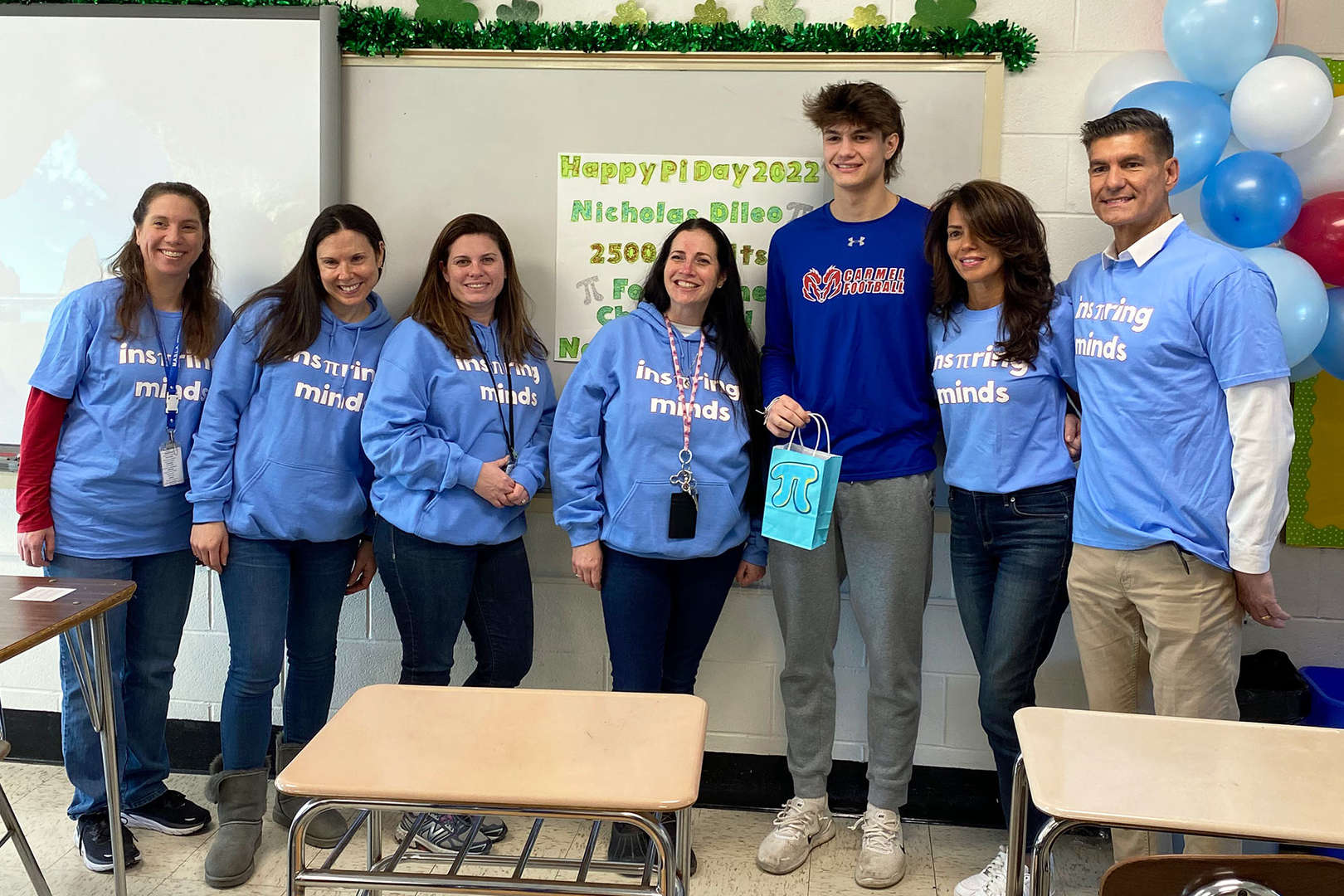 DiLeo had been eyeing the top spot since his freshman year after seeing the plaque in the hallway commemorating the school record.

“Breaking the record feels unbelievable,” said DiLeo. “After months and months of practicing and studying, I was finally able to accomplish a goal I have had set for years. The feeling of all your hard work paying off is indescribable.”

“To memorize so many more digits than I did last year, I just had to make sure I stayed disciplined in my studying,” he said. “I used the same methods I've been using since freshman year, except this time, I had to start my studying a few weeks earlier than usual.”

After his win, DiLeo visited second-grade students at Matthew Paterson Elementary School to answer questions about the competition and see teachers Christine Demme and Charissa Vickery who taught him in the fourth grade when he was a student at the school.

He told the elementary students how his memorization of numbers began when he was their age after his parents stressed that he needed to know their phone numbers to call in case of an emergency. DiLeo memorized the digits of Pi in sets of 10 – the same number of digits in a phone number. He practices by writing down the digits over and over in notebooks and has filled several notebooks during the last four years.

“It really shows that if you practice enough and put your mind to something, you can do anything you want,” DiLeo told the students. “I thought memorizing all those digits was impossible, but it showed me that as long as you practice and believe in yourself, you can do it.”

For his fourth and final impressive win, DiLeo once again won a Pi Day T-shirt and gift card. The Pi Day plaque in the hallway outside the Math Department room at the high school will also be updated to mark his historic win.