If you only had $25 to build an ideal democracy, how would you spend it?

For Kerry Hackert’s AP Government senior students, that was the challenge they faced in a recent class lesson. 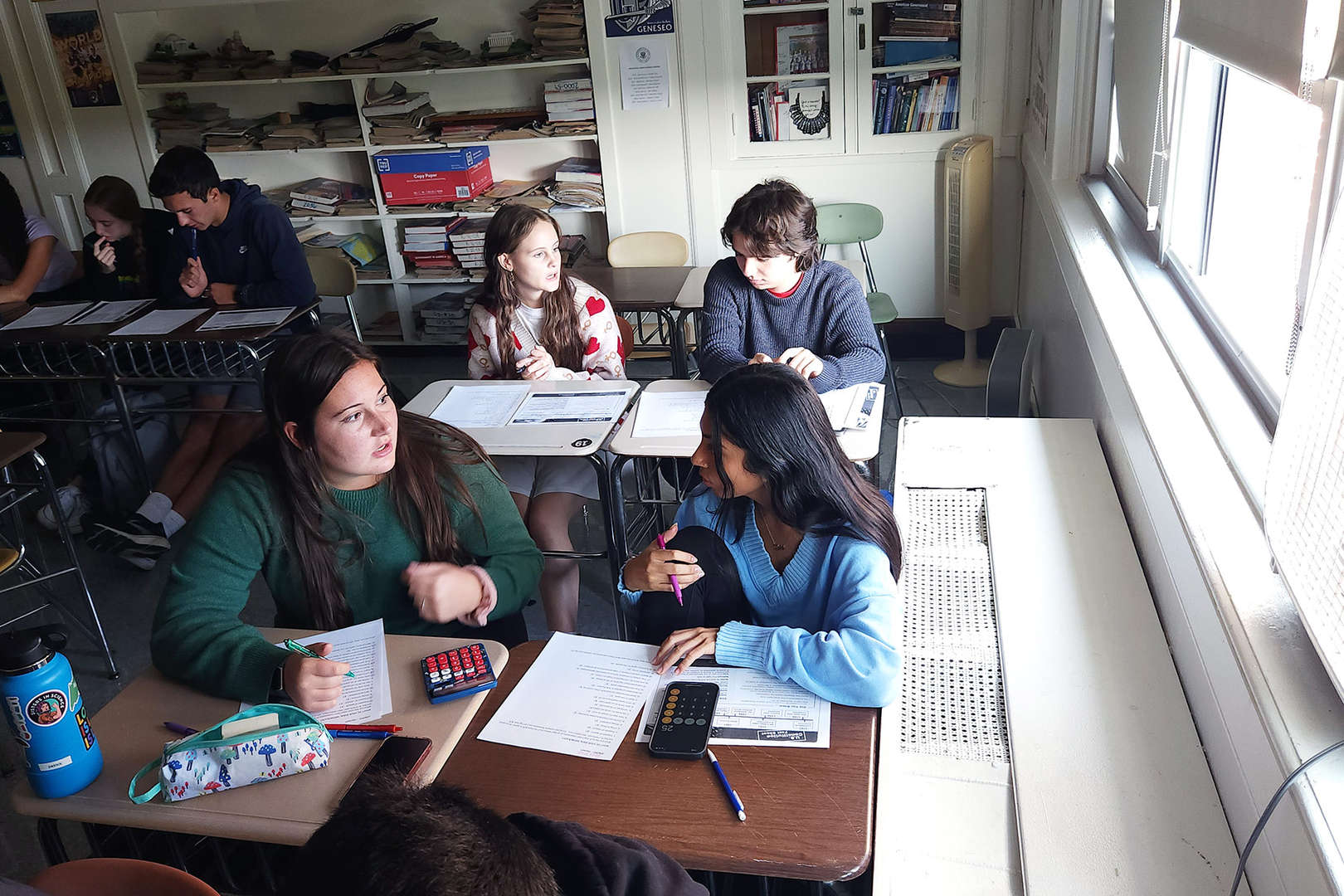 Given a list of items with assigned prices, students had to choose the most important elements for an ideal democracy. The caveat: They only had $25 to spend. Items, priced at $2 to $3 each, included privacy rights, a free and independent press, and low taxes for all social classes, among other things. Of the 20 elements listed, students could only “afford” to choose eight to 10, given the budget.

Good international relations, freedom of speech and affordable health care were among the top-chosen items class-wide.

“I chose ‘good international relations’ but not ‘strong military’ because if there is no conflict then there is lesser need for a strong military,” said student Teagan Weindel.

Student Billy Jimenez chose ‘checks and balances’ among his top-three. “I think it's so important that we have checks and balances. It really helps to prevent one branch of government from corrupting another or from one branch having greater power than the others,” he said.

Student Kyle Grgecic chose ‘affordable health care for all’ and ‘government programs to help the poor’ in lieu of the ‘right to own guns.’

“Most of these crimes come from mental health issues or from poverty and I think that solving those two issues would reduce the gun violence rate in themselves. Then there would be no necessity for self-defense,” said Grgecic. “I think tackling those issues would eliminate the need for guns.”

Among the least valued elements were ‘voting age at 16 years old’ and ‘restrictions on offensive or false information on social media.’

“I think it’s up to the company itself to decide,” said Grgecic of the social media restrictions. “I don’t think that the government should really be involved in that.”

Student Alyssa Hubbs also did not choose social media restrictions but raised the question of whether that would include media outlets on social media.

“Could the restrictions on false information not just be on social media but the press?” she asked. “I think if everyone is better-informed, and you are not getting false information, then that helps with a lot of the other issues and a little more all-encompassing.”

Despite the budgetary challenges of creating their ideal democracy, students participated in healthy, respectful conversations with their peers – a true sign of democracy at work.