Rather than walking across a dark stage to audition in the spotlight, students vying for a part in Carmel High School’s annual musical production instead cued up their screens to perform in front of a panel of teachers on Zoom. 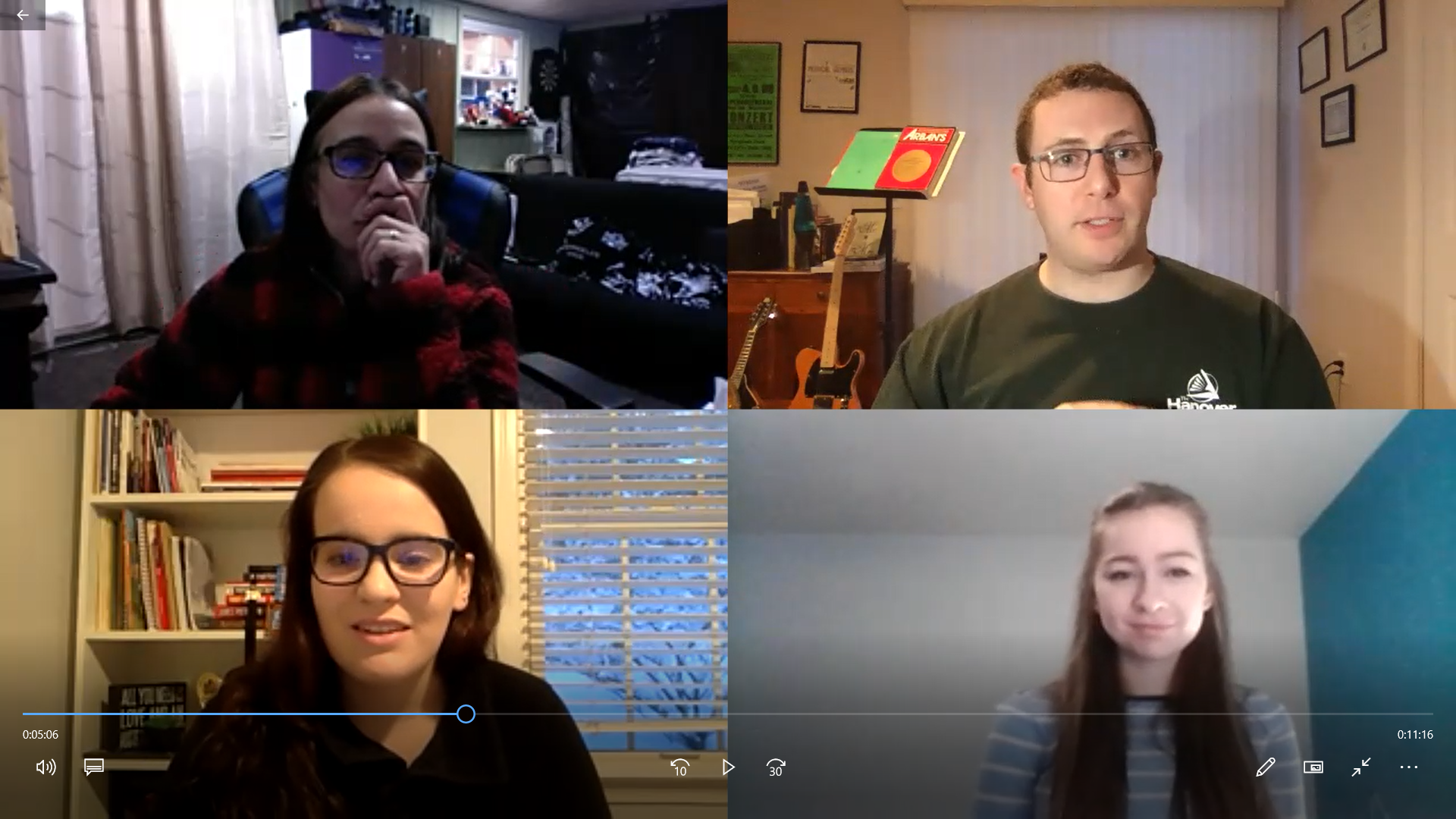 This year, the musical theatre program at the high school is planning a production of “The 25th Annual Putnam County Spelling Bee” for some time later this spring. The hope is to have an outdoor production where social distancing guidelines can be followed.

“I know that the students are very appreciative that we are even doing something. We were one week away from our show, Guys and Dolls, back in March 2020 before everything shut down,” said Peter Ballantoni, music teacher at Carmel High School who oversees the production.

The rolling shutdowns due to COVID-19 canceled the 2020 production as schools remained closed for the remainder of the academic year.

This year’s production was specifically chosen with COVID-19 restrictions in mind – it has a small cast, pit and crew.

“We are really paring down the numbers as much as we can to make sure we can allow for distancing and all the guidelines,” said Ballantoni. “We are starting off with a show that itself is pared down, so it is definitely going to be something manageable!”

Students had the option of auditioning live on Zoom, or by sending in a pre-recorded audition tape from home. As part of the auditions, students sang a musical number from the production and recited lines from select scenes.

Troy Sweet, a senior at Carmel High School who has participated in the production every year, chose to audition live on Zoom for the panel.

“I wanted to do the audition live because so many things now are just sending in a video,” said Sweet. “Normally, this would be live! It’s just more fun to do something live because it feels like we are back to normal.” 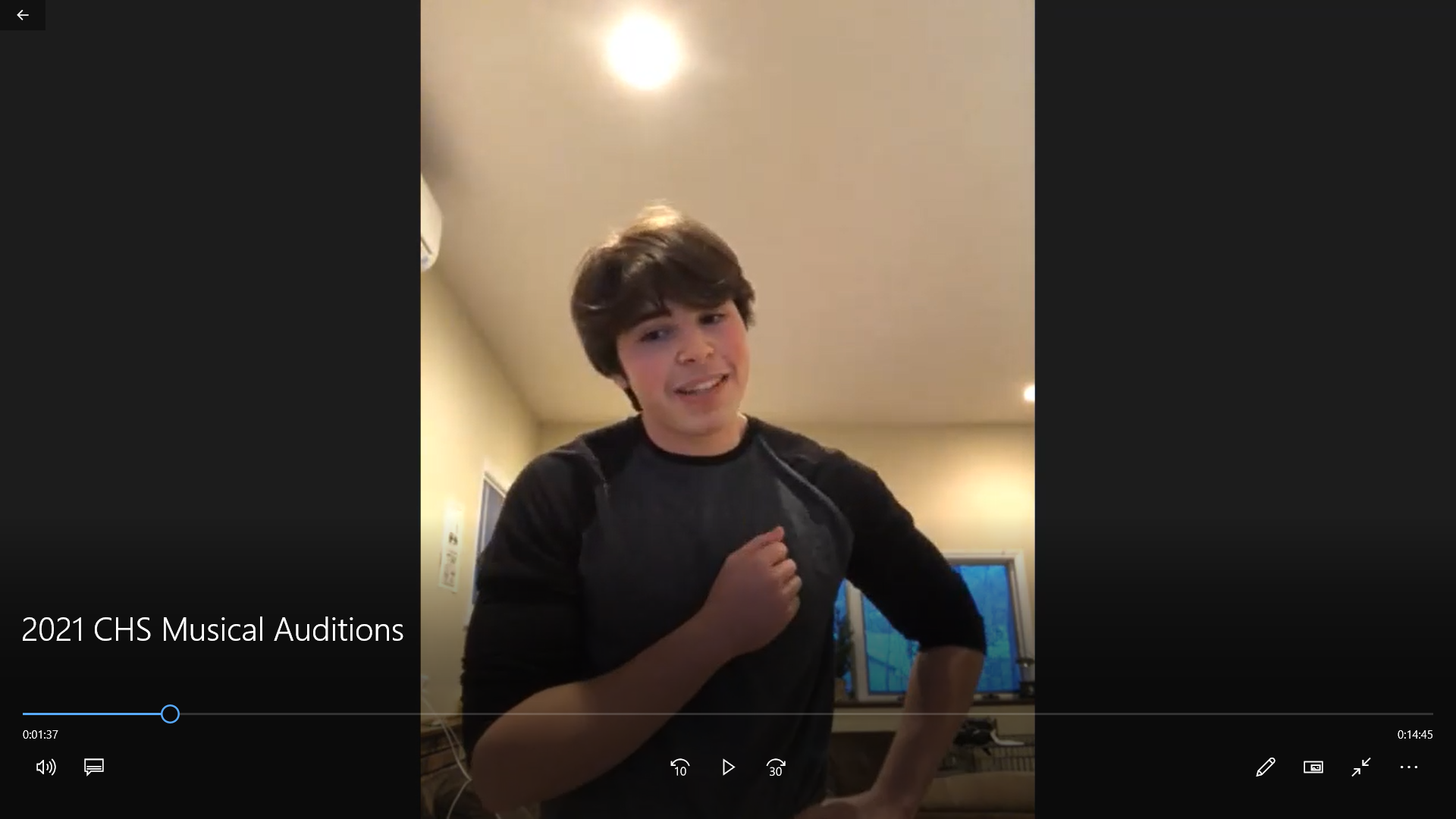 For Sweet, virtual auditions come with an added layer of complexity. He juggled two devices to make his audition performance come to life – a laptop to stream the musical accompaniment for his song and his phone logged into Zoom.

“If I use one device then the music is way too loud and you can’t hear the people on Zoom,” said Sweet. “It’s just one thing I learned doing virtual auditions.”

Senior Julia Wilder also opted for a virtual live audition, but admitted that the virtual format did not allow for the same comradery with friends waiting backstage to hear how the audition went. As a community theater participant since second grade, and currently auditioning for a college major in the performance arts, Wilder has been through her fair share of auditions – in-person and virtual.

“When auditioning live, there is excitement in the moment,” said Wilder. “You can really have confidence in the choices that you make because you are only doing it once. You get to see the response and can get feedback from what the directors ask you to do. It gives you more of an opportunity to connect with them.”

The selected cast will begin rehearsals this week while keeping their fingers crossed that their final production will happen as planned. One of their first rehearsals will be focused on reviewing COVID safety and social distancing guidelines, which will dictate their rehearsals for the next few months.