A Carmel High School senior made school – and possibly regional – history this month, committing to attend a college esports team. 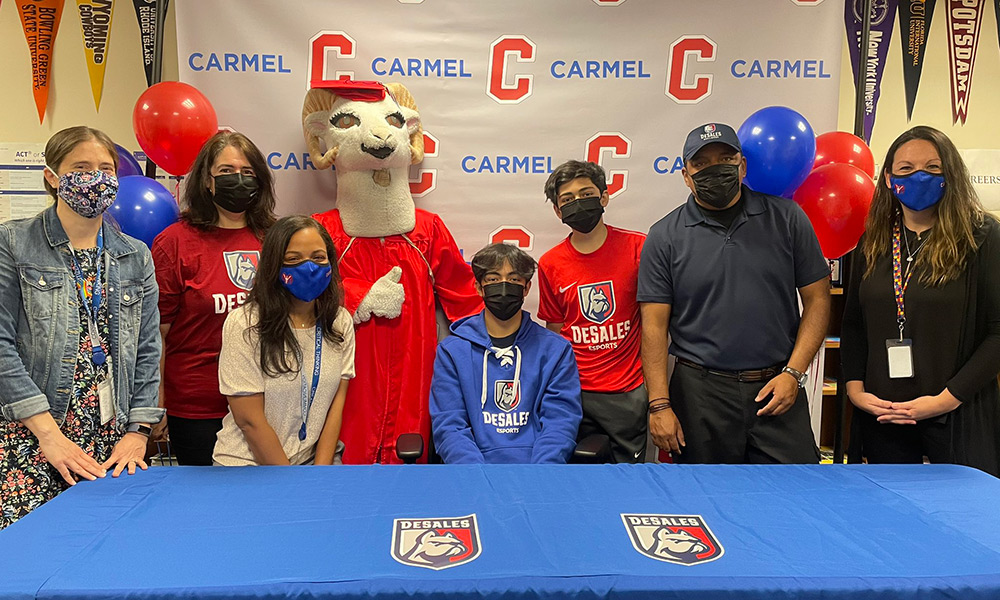 Christian Morey, an avid gamer, has become the first Carmel High School student to be actively recruited to and sign with a college esports program. He selected DeSales University in Pennsylvania among 10 offers, some of which came with scholarship awards. He will major in International Business and Data Analytics and will compete for the University’s esports program beginning fall 2021.

Esports, or competitive video gaming, has grown exponentially in recent years, especially on the professional and collegiate levels, with players vying for top cash prizes and name recognition in the industry. Colleges across the country have jumped on board and many have been adding competitive programs and state-of-the-art facilities to campus offerings to attract a new type of athlete: gamers.

Morey’s love of video gaming started at a young age playing Call of Duty on his Xbox. He switched to computer gaming around 15 years old.

“Not a lot of people know that computer video gaming is totally different from Xbox and PlayStation, because it gives you more outlets and opens more doors to the competitive arena,” said Morey.

Morey and his friends became immersed in the competitive video game community, competing as a team in weekly matchups at the local Microsoft store where they would play against other teens from across the region. Some competitions offered small prizes, such as Microsoft store gift cards, and some led to larger divisional matchups where players could win large cash prizes.

“When I got that computer, everything changed. I started playing Fortnite, which is a game that anyone can play, and anyone can compete in. It definitely built me, and it taught me a lot about esports, how to micromanage and gave me organizational skills.” 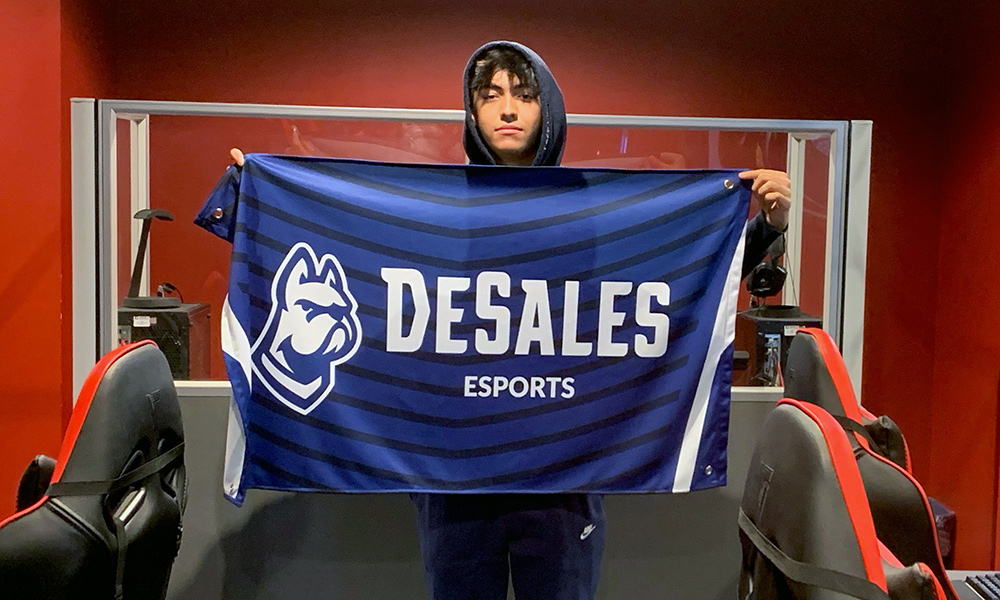 Morey quickly built up a digital gaming reputation, with thousands of followers on his social media and gaming profiles, and notable strategic skills in the community – all of which built the basis of his esports resume.

His immersion in the esports community also provided him with impressive internship opportunities. When he was 14 years old, he interned with Bebo, a social networking platform that was bought by Twitch, a video live-streaming service owned by Amazon, and assisted with marketing and Fortnite tournament management. A few months ago, he interned with eFuse, a social media for gamers, which connects college esport athletes with college esport programs.

“I built a lot of connections through my internships and that is how I knew some of the college coaches,” said Morey. “It was good for building connections and networking, and at the same time it was helping me understand the eSports arena.”

The enormity of the eSports industry and the real opportunities it offers is not always apparent to many people. Morey notes that his own mother was skeptical of his passion for video games until he took her to the Fortnite World Cup tournament in 2019 where almost 20,000 people attended in-person, 2.3 million people watched virtually, and a grand-prize winner took home a $3 million prize.

“When she saw all of these people show up to watch these kids play video games against each other, she took it seriously and realized that could be me,” said Morey. “That was the turning point where she said ‘Ok, you do whatever you want and I’ll support you. But keep your grades up!’”

Morey will be joining the DeSales esports roster and will likely play two of the top esports games: Overwatch and Fortnite. He chose DeSales because he was impressed with the structure of their program and appreciated the smaller roster size of the team. DeSales boasts an impressive state-of-the-art esports arena on campus, and Morey knows he will have more hands-on time with the computers and more training time with the coaches in the program.

While Morey is excited for all that is to come when he heads off to DeSales later this year, he has already thought about what his plans could be after college.

“If esports succeeds, I want to coach at a varsity program for a college when I graduate, or if a team offers me to go pro, I will go pro,” said Morey. “If those don’t work out, I hope to work for a social media company doing data analysis.”