All About Climate Change

Earth Science students at George Fischer Middle School had the opportunity to hear about climate change from Donald Haas, Ph.D., a working climatologist from the Paleontological Research Institution at the Museum of the Earth. Teacher Tracy Brusie was able to bring Haas’ expertise to all eighth grade Earth Science students thanks to funding from the school’s Parent Teacher Association. 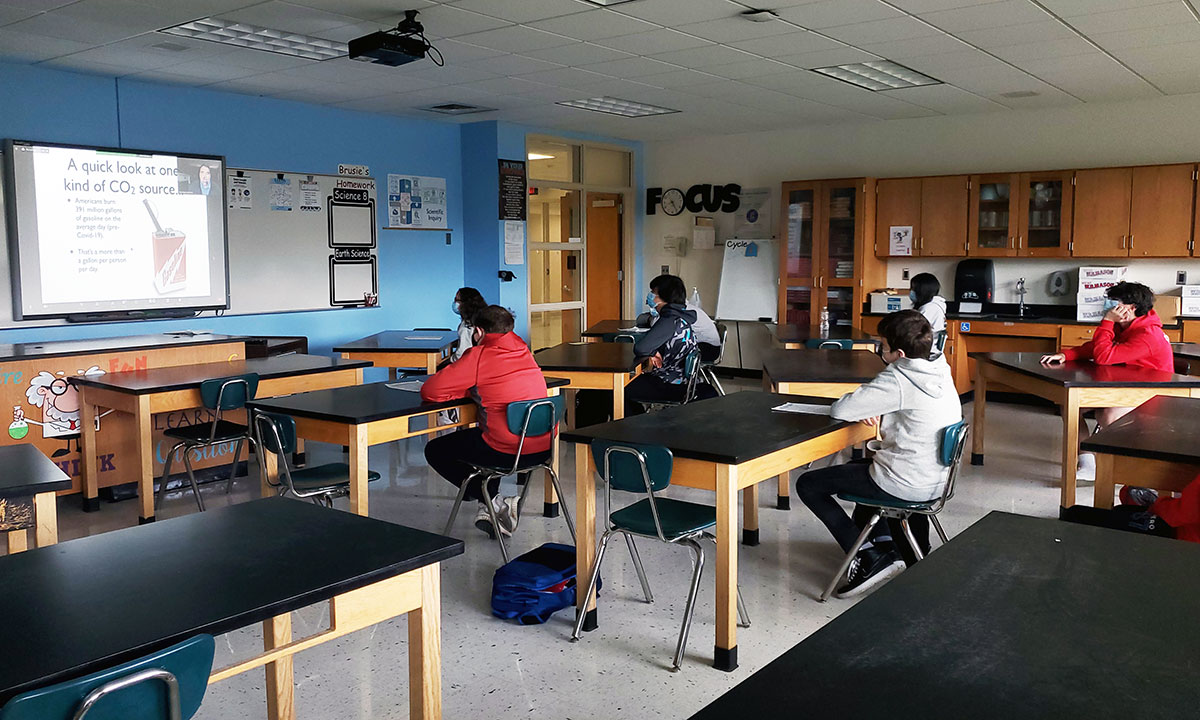 Haas’ presentation centered on the introduction of fire to the Earth and humankind as an accelerant for climate change. The burning of fossil fuels, especially, has resulted in an exponential increase in carbon dioxide emissions being released into our atmosphere.

"The climate is changing more rapidly than it has anytime in the last 12,000 years, and it’s because of us,” said Haas. “The most important thing that we can do about climate change right now is to talk about it with people who can do things about it.”

Haas told students that Americans burn 391 million gallons of gasoline on the average day, which is more than one gallon per person, per day. Since matter can neither be created nor destroyed, only changed in form, the gasoline becomes carbon dioxide emissions. Haas noted that each gallon of gas, which weighs about six pounds, produces about 19 pounds of carbon dioxide when it is burned. Invisible gas can be hard to visualize, so he had students imagine 1,100 balloons, which is equivalent to those 19 pounds.

“Seeing the scale of carbon dioxide that we are putting into the atmosphere gave me a sense of urgency to take action,” said student Jacob Falk.

“Climate change asks us to consider the world beyond ourselves and students need to begin to think about what impact their actions have on the environment,” said Brusie. “This presentation is just a steppingstone to get my students thinking about having a responsibility to something larger than themselves.”

So, how do we offset or eliminate these emissions? Haas remarked that electric cars may help, but, ultimately, we need a transportation system that is more efficient than land cars. Transportation fuel accounts for about 25 percent of U.S. carbon emissions – the biggest portion of our overall emissions. The move toward low-carbon emission energy like natural gas will help, but that is still not a zero-carbon solution. Plants also help because they take carbon dioxide out of the atmosphere through their natural photosynthesis process. 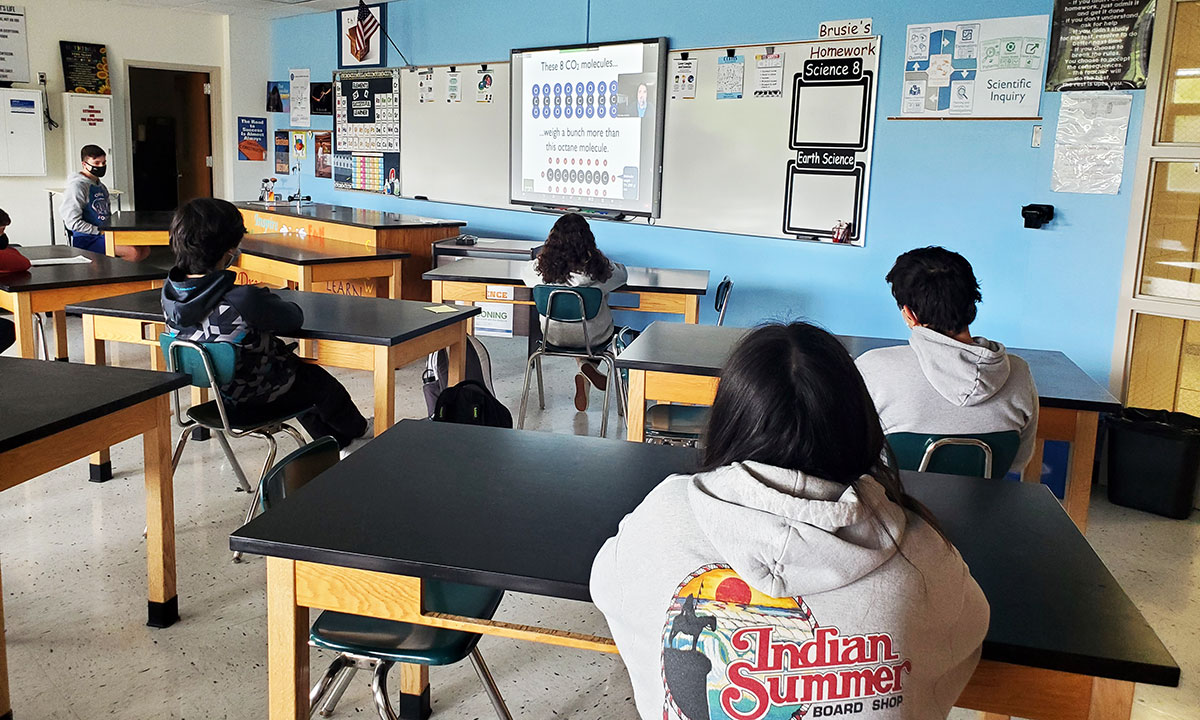 “We need to grow 11 pounds of wood to offset each gallon of gasoline burned, and that is wood that can’t be allowed to either burn or decay because that would put carbon back into the atmosphere,” said Haas. “That's 4.3 billion pounds of wood every day, or one and a half trillion pounds a year, and that would be something like doubling the amount of forested land in the U.S.”

Haas noted that New York State has made great progress on reducing carbon emissions in the last decade, down about 10 or 20 percent, and the overall U.S. has as well, but to a lesser degree.

“COVID has shown us a decrease in carbon dioxide in the atmosphere because fewer people were traveling during that time,” student Claire Deans noted as a takeaway from the presentation.

“We've made real progress and we're continuing to make real progress, but we need to speed that progress up,” Haas told students. “I have hope for you being involved in that.”