Getting a Reaction from Mentos & Soda

A recent control and variable experiment lesson in Heather Schmidt’s sixth grade science classes at George Fischer Middle School got quite the reaction out of students – a fizzing, bubbling and exciting reaction. 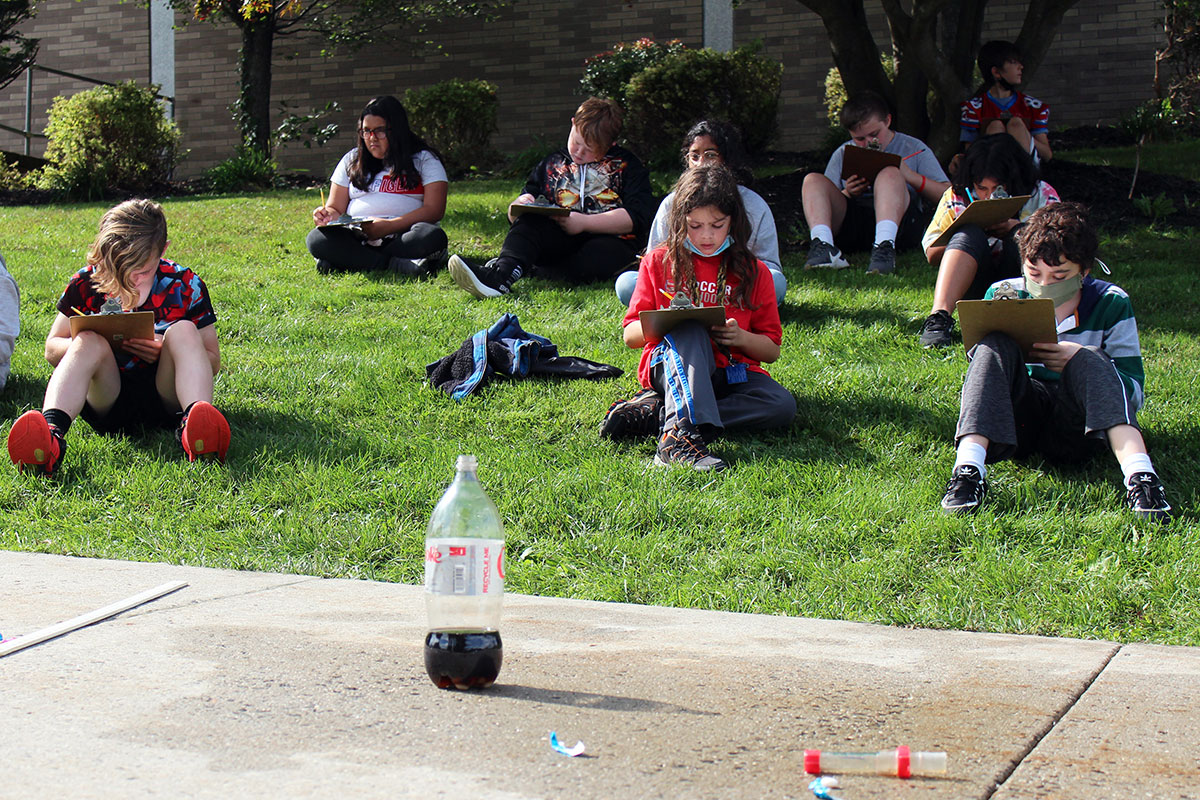 In a small tank at the front of Schmidt’s classroom, two cans of soda – one regular and one diet – were submerged in water. Observation: the regular can sank to the bottom, while the diet can bobbed along the surface, floating. What could cause that?

“Maybe the diet can is made of lighter material than the regular can,” proposed student Kayla Lomax.

So, why does the diet Coke can float? It has to do with the sugar content. Diet Coke only contains a small amount of sweetener, which keeps its density nearly equivalent to water allowing it to float. On the other end, regular Coke has much more dissolved sugar, which makes its density much greater than water and causes it to sink.

But, the real question of the day: Does a mint Mentos react with Diet Coke in the same way as a fruit Mentos?

“These are life-changing scientific problems to solve,” said Schmidt with mock urgency.

Before testing to find an answer to this question, students reviewed how to properly execute a control and variable experiment, and why there is a need to conduct two tests using each candy option.

“If I want to know if the fruit Mentos reacts differently, can I only test the fruit Mentos?” Schmidt asked the class. “No! I have to have something to compare it to, and that is called our control or our constant. As we use these words more over the next week, you are all going to become pros.”

Students were asked to come up with a hypothesis on what they believed the outcome of the experiment would be. Would it be the same reaction or a different reaction? Or, did they have a completely different idea?

It was then time to head outside. 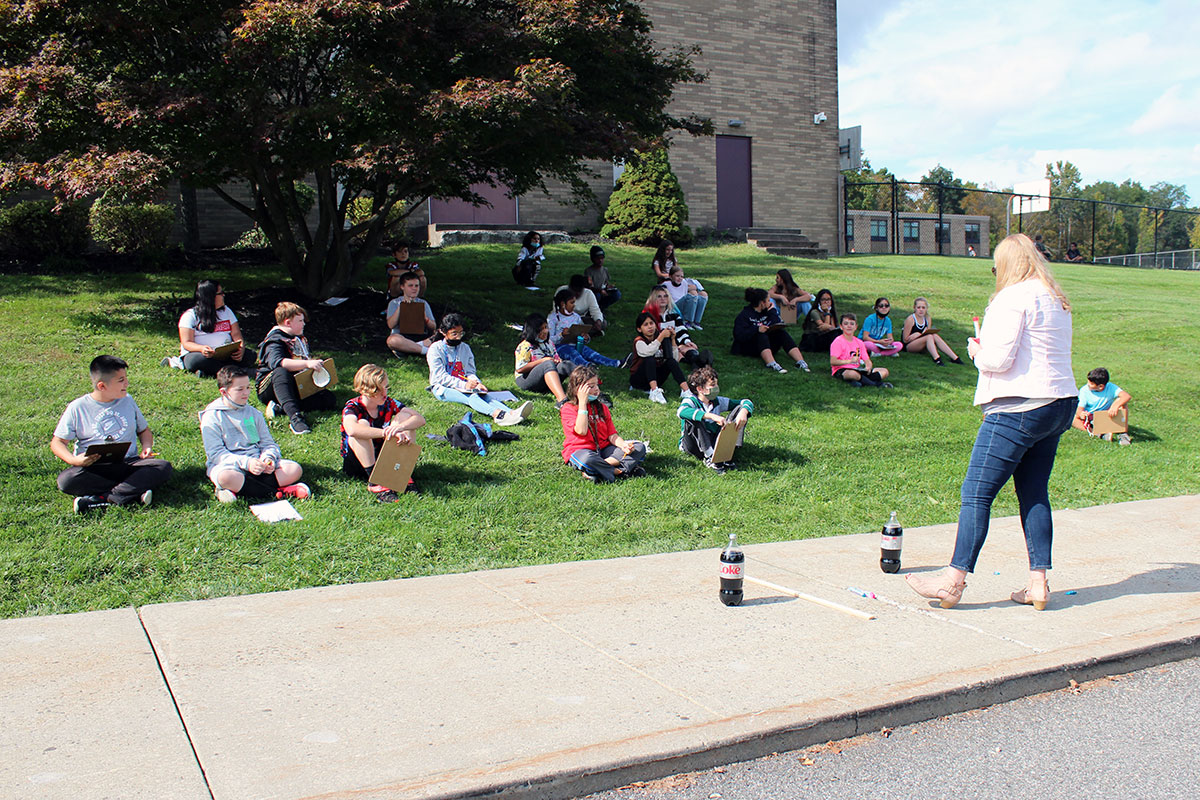 With the class sitting safely on the grass hill, out of a potential splash zone, Schmidt loaded up her geyser tube with regular mint Mentos and prepared to drop them in the bottle of Diet Coke. The countdown was on and within seconds of the drop, a stream of foam erupted out of the top of the bottle heading high into the air to the delight of the students.

The students recorded their observations including the height of the eruption, color, sounds heard, the distance of the splash – anything that could be a clue for explaining what had happened.

The experiment was repeated with the fruit Mentos in order for the students to be able to compare results and write a lab report.

Back in the classroom, the students discussed what they had observed during the experiment and possible explanations for the reactions.

“I feel that there’s more artificial flavoring in the fruit Mentos which made it go higher,” said student Zachary Duben – a solid scientific conclusion among a variety of findings by the students.

“There are actually some real scientists who tested this and we are going to see their results in our next class,” said Schmidt at the closing of the lesson.