What materials go into the creation of ordinary objects that we use every day?

Sixth-grade science students were surprised to learn that there is more than meets the eye when it comes to the cotton shirts, sneakers, pencils and smart phones they use every day. 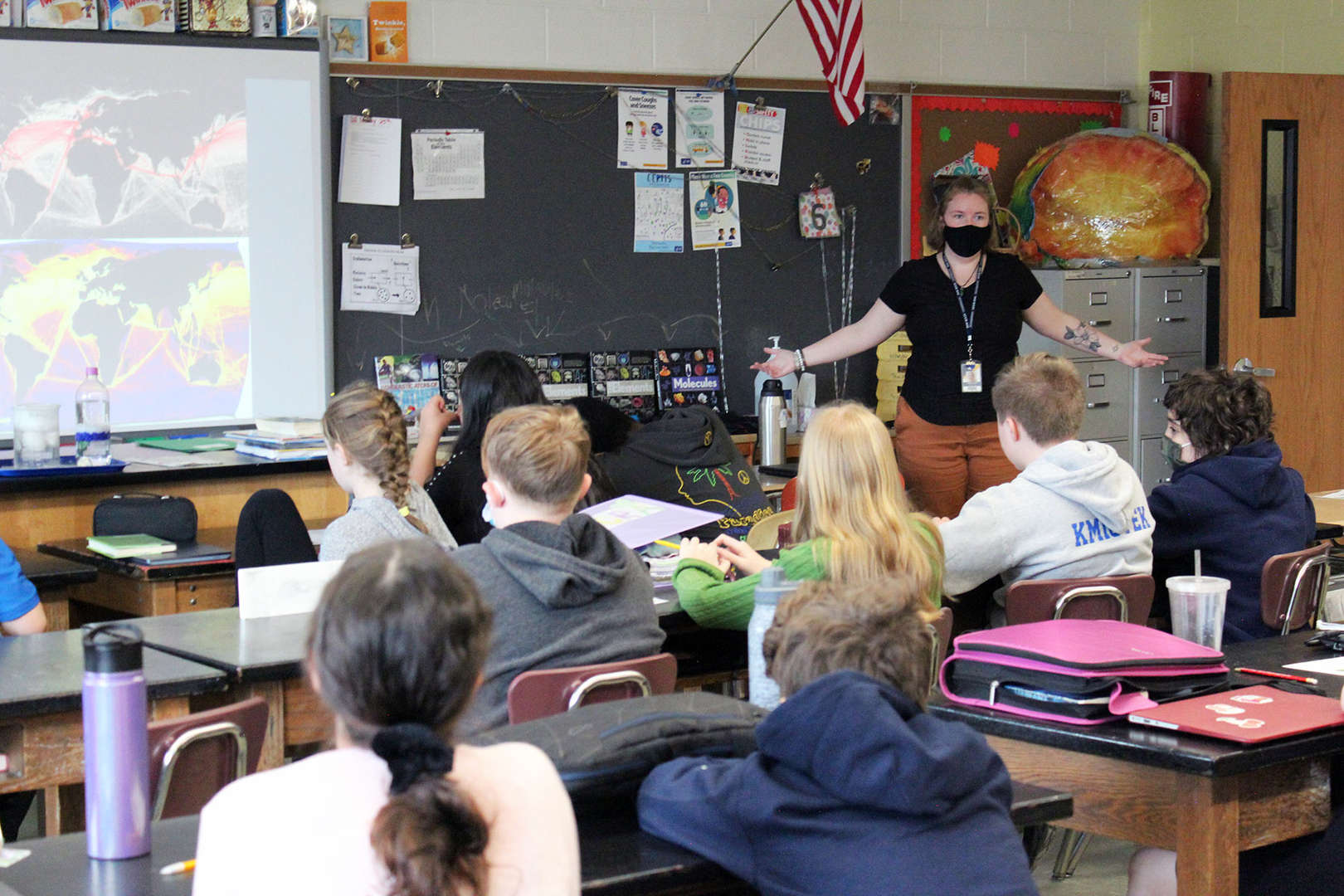 During a lesson presented by Rachel Oswald from the Center for Environmental Education at PNW BOCES, students discovered how consumer habits are affecting the conservation of our planet. To kick off the lesson, students were asked to determine what materials from a provided list were used in the making of four different objects.

The consensus from students was that a cotton t-shirt used both cotton and water, but that sneakers likely used rubber, water, metal and possibly wood.

“We believe that metal would go into it, for sure, and rubber to make the sole,” said student Julio Cruz Salazar. “Then, for example, in some sneakers the top of the shoe is pretty flexible but molds back into shape, so there is probably cardboard in there. Also, metal and water.”

In the creation of smart phones, metal, oil and sapphires were the top-picked materials by students, with some debate about water.

By the time they reached the last object, a pencil, some students began noticing a pattern that everything listed was actually in each object, with all four objects containing oil, water and wood in some way in addition to other materials.

“We originally thought just metal was in graphite, but it seems obvious that everything is in it,” said Zachary Duben of the pencil. “I don’t see how water would go into a pencil, but maybe they put water in to mix the yellow paint.”

Students quickly learned that they needed to think beyond what was in each individual object and think about what went into the journey of the object from raw materials to finished product. Oswald pointed out that each material listed for students to choose from included miles traveled, country of origin and amount extracted -- something that was not coincidental on her part.

Students were surprised to see maps depicting the travel of raw materials from across the world into China, in particular, to create the four every-day objects.

“Do we think that in 2022, we have the technology and the workforce, or the people, to make these products in America? We absolutely do, but we don’t because it's cheaper to make it somewhere else,” said Oswald. “But, as we have noticed, all those materials had to travel to make these items. What do we think happens after those items are made? They travel again to get to you.”

The sourcing and transportation of materials around the globe affects the environment in so many ways from the burning of fossil fuels to deforestation and pollution. The lesson on the extraordinary journey that ordinary objects take resonated with our young learners.

While students were quick to suggest recycling as an option to offset environmental damage, Oswald reminded them that first we should reduce and reuse – actions that would affect our consumption of commercial goods.

“I don’t want you to leave and just feel bad for the tortoise, but rather think ‘What can I do as a sixth-grade student starting today to help my planet, the tortoises and myself?’” said Oswald.