Eighth-grade students at George Fischer Middle School are now empowered to take an active role in protecting and improving the environment after a recent lesson on the importance of environmental conservation. 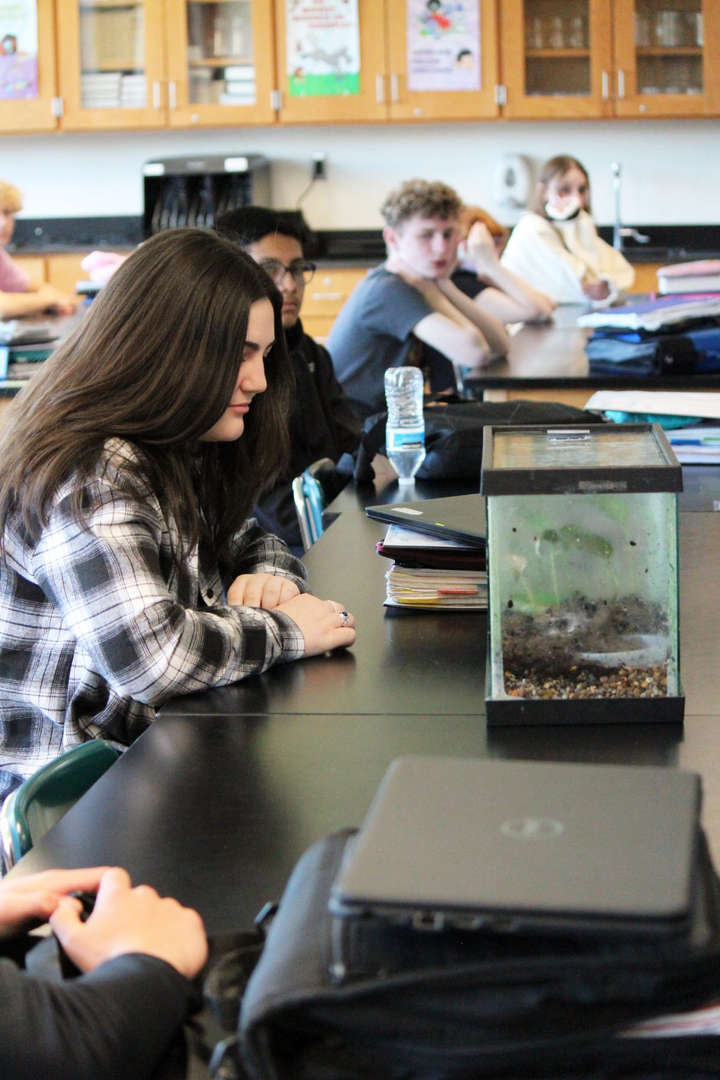 Through a presentation from the Center for Environmental Education at Putnam Northern Westchester BOCES, the students were introduced to the history and concepts of conservation, and the crucial role that conservation plays in biodiversity and healthy ecosystems.

Our young scientists learned about indicator species, animal species that help bring attention to changes in environmental conditions through their presence or absence. One example being poison dart frog which happened to come along for the in-class visit. They learned that the frogs are so sensitive to changes that even the touch of a bare human hand can harm them.

Not only do our hands pose a threat to biodiversity, but other issues such as garbage, air pollution, invasive species, deforestation, animal poaching do as well.

So, how can our students make a difference?

The first and expected response is usually “reduce, reuse and recycle,” but our students presented their own ideas which included educating others. With so many communication resources at their fingertips, our students are able to share messages and educate others about environmental conservation not only locally, but across the world.

But, not every effort has to be large-scale and all-encompassing. Students learned that even a simple act such as picking up trash on the floor at school can make a difference.

“It does not have to be far-reaching. It just has to be something.”