Middle School Students Save a Seat for Virtual Author Visit

Fifth and sixth graders at George Fischer Middle School had the opportunity to participate in a virtual visit with author Sarah Weeks to discuss her book, Save Me A Seat, a common read that both grades recently completed.

Save Me a Seat written by Weeks and Gita Varadarajan follows Joe, who has lived in the same town his whole life and had best friends until they moved away, and Ravi, who has just moved to America from India and is trying to figure out where he fits in. The two don’t think they have anything in common at first but unite over a common enemy: the classroom bully.

“Sarah hit home with the ideas we wanted to convey to our students,” said Christopher Barrie, assistant principal at George Fischer Middle School. “She offers students different perspectives on how others live.”

Weeks spent time answering questions about the book and the characters, her career and writing in general. She even explored how she gets inspiration for characters, story lines and details from active listening to conversations any place that she goes.

"One of the things I noticed is that she talked a lot about how she had lost inspiration with COVID,” said TJ Fink, a sixth-grade student in Deborah Stone’s class. “She had said she was big on going out, so in the midst of COVID it must have been horrible for her because she wasn’t able to go out and just listen to conversations.” 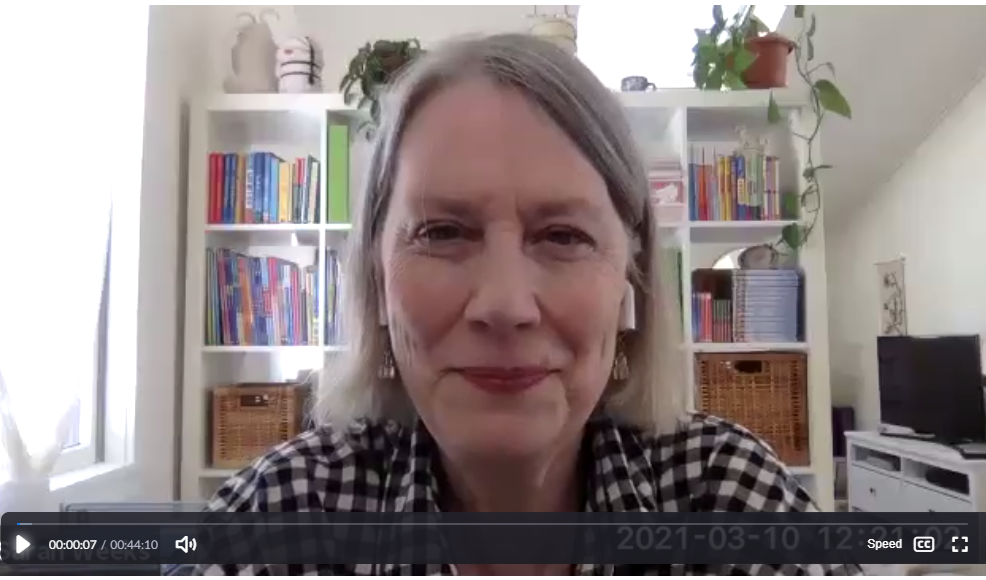 Weeks was impressed with the questions that the students asked, including one about the challenges she faced while writing Save Me a Seat, something she has never been asked before. When asked how she knew the title would suit the book, Weeks admitted the final title was not what she originally planned.

“I’ve discovered if I feel blocked, then I don’t write well. So, I don’t try to write when I’m blocked,” said Weeks. “I do something else like take the dog for a walk or work on a jigsaw puzzle. It is a great way to distract my brain.