The secret’s out! Seventh-grade students at George Fischer Middle School had the opportunity to meet with three Secret Service agents for a unique in-class presentation. The agents let the students in on some not-so-secret information on their career paths, as well as counterfeit money and internet safety. 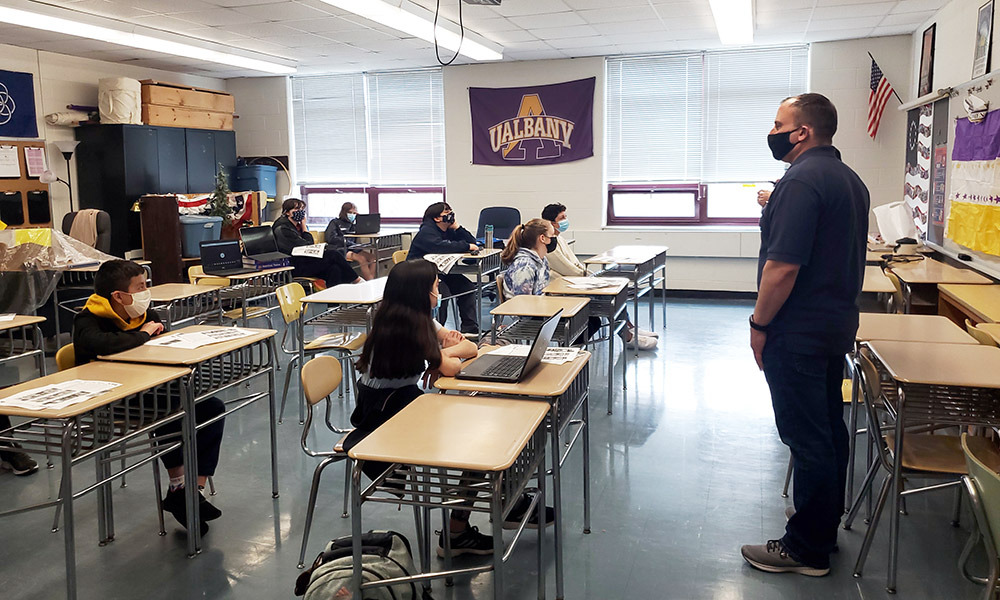 Agents Sydney, Eric and Joe introduced themselves as agents who were part of President Clinton’s detail and gave an overview of what their jobs entail as Secret Service employees. The agents’ last names are being withheld for security reasons. Their main duties include protecting the President, Vice President and their immediate families, and assuming protection for any foreign heads of state who are visiting the United States. In addition, they investigate threats and counterfeit U.S. currency. In order to keep our leaders safe, the job has taken the agents around the county and the world. Between them, they have been to 48 U.S. states and to every continent with the exception of Antarctica.

“I’ve traveled all over and seen so many places,” said Agent Joe. “Going to places like Stockholm and Indonesia has been amazing. I couldn’t even find Indonesia on a map before I took this job. I haven’t regretted a day, even if it has sometimes been challenging and time-consuming."

The agents gave the students information on their very different paths to Secret Service careers. While Sydney followed an expected criminal justice career track, Eric came to the career as a former financial analyst and Joe as a lawyer.

The bulk of the presentation focused on two major areas: internet safety and counterfeit money.

“Keep your online friends, online,” urged Agent Eric. “If you don’t know them in person, never meet up with them outside of your online activities.”

Agent Sydney reminded the students to always check their social media privacy settings as well as making sure options like Air Drop on their phones are secure to avoid unwanted contact.

“If anything ever feels creepy or weird to you, let an adult know,” said Agent Sydney. “It’s nothing you did wrong and sometimes adults do things because they think that they can take advantage of children. So, make sure that anytime you feel uncomfortable you let someone know.”

The agents warned the students to be careful what they shared online, especially on social media. If it’s something that they wouldn’t want their grandparents to see, then they shouldn’t post it. Agent Sydney told students that any photos or content posted on social media belong to that platform the second that it is posted. That means that students lose ownership of that image or content. 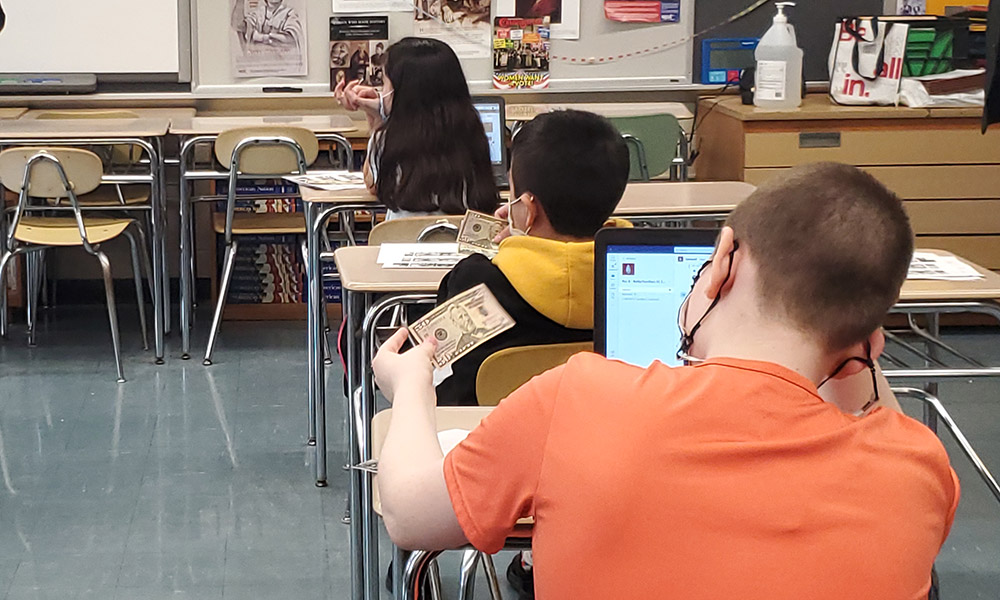 The students also had the opportunity to learn about counterfeit money, how to check money to ensure that it is real, and the consequences for those who produce counterfeit bills. The agents were asked by the students if counterfeit coins were created often. Agent Joe reminisced on how counterfeit coins were more of an issue when people used metal slugs to outsmart pinball machines and other arcade games many years ago – something the students have not experienced to the same degree! The real reason that coins are not widely counterfeited: they are harder to carry.

Agent Sydney got a chorus of laughs when she assured one student who admitted to printing pretend currency when she was only four years old that the agents would not have arrested her for the incident.

“We go into schools and teach students about being a good digital citizen, what to look out for online, internet safety and anti-bullying with cyberbullying,” said Agent Eric. “We also work with the National Threat Assessment Center where we go in and make sure schools are safe and what students, teacher and administrators should look out for to make sure no one is having any trouble.”