Do animals and plants change our environment?

Kindergarten students at Kent Elementary School jumped into the roles of scientists during a recent lesson presented by the Center for Environmental Education at PNW BOCES. The students were asked if they believed that animals and plants could change other plants, animals, water or even rocks in the environment around us. In the name of research, the students studied facts about three different living things in the environment: beavers, kudzu vines and turtles. 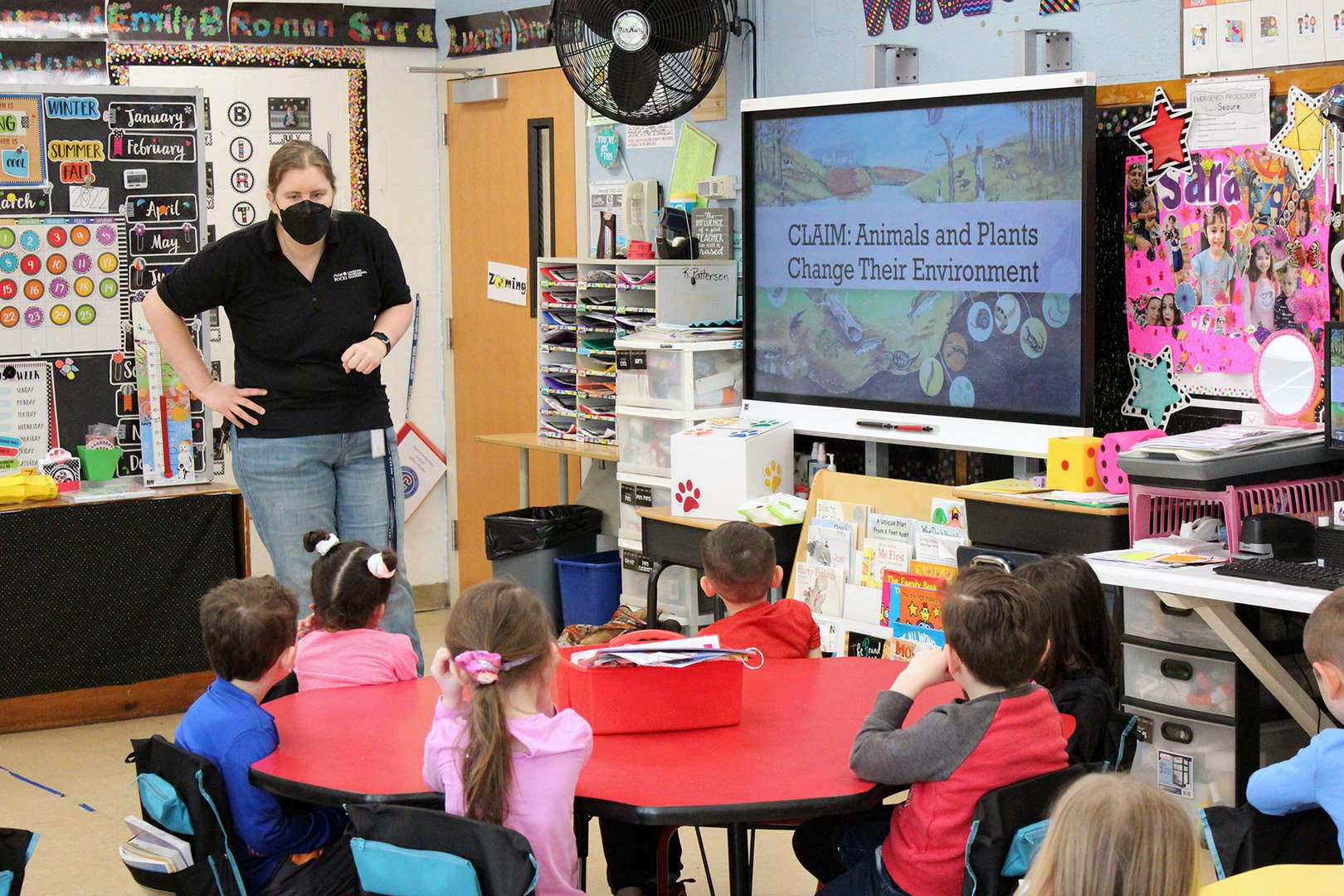 First, the students learned what a scientific claim was and why it is important to have evidence to support claims and statements. The students were asked if they would believe the sky was green if someone told them that.

“No, because if you look at the sky, it’s not the color green, it’s blue” said student Sara Rosenfeld. She had evidence gathered with her own eyes to support the claim that the sky was not green, but blue.

Our science-savvy students learned that as scientists they could not just say something and expect somebody to believe them. They must give evidence.

So, what do our students know about beavers? A lot.

“They can also use their tail to warn other animals, so they don’t come here,” said student Theodore Ball.

Our students learned that beavers use their teeth to help cut down trees and branches to use in building their dams in the water. The beavers dam the water to protect their homes, called lodges, from predators. When the beavers work to cut down larger trees, they are very smart with their planning and only chew most of the way through a tree, letting the wind and nature help knock it down the rest of the way. Why don’t they chew through the whole tree right away?

“Because they might knock down the tree and get smushed,” said student Chloe Costello.

By cutting down trees and damming the moving water, beavers are changing the environment to suit their needs.

The students also learned about kudzu, a fast-growing vine not native to this area. When kudzu vine grows, it wraps itself around trees and other plants and blocks the sunlight and water they need to grow. This causes the native trees and plants to die, so the kudzu vine causes changes to our environment.

Turtles were also a species that the students seemed to know very well already. During the lesson, students observed an image of a turtle digging a hole in the ground and asked why they thought the turtle was digging. Many students guessed it was to build a home. Perhaps!

“So they could be safe from different animals?” guessed student Nick Asaro.

“If they have baby eggs, they can put them underground so other animals can’t find them,” said student Logan Yatsko.

The turtle was, in fact, digging a hole for her eggs. The students were then asked to compare the ground where the turtle dug, which was now just dirt, with the ground where she did not dig, which still had grass and plants. The turtle had pushed the plants out of the way in order to lay her eggs, so she had changed her environment.

The final question of the lesson: Do we have enough evidence to support our claim that wildlife and plants can change the environment?

Our budding young scientists gave thumbs up all around.