With the help of a special furry owl puppet named Echo, Daina Sinclair’s first-grade students at Kent Primary kicked off a phonics lesson. Echo helped students review the letters P and J and their corresponding sounds. 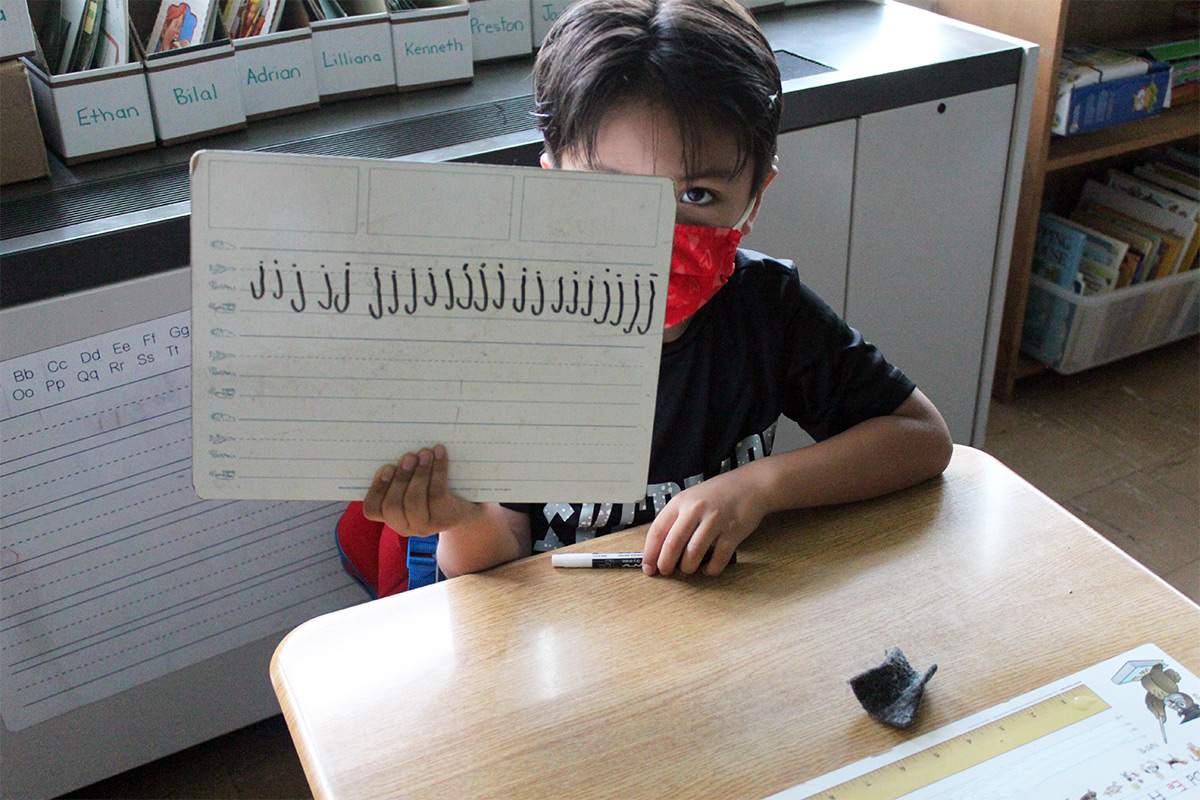 "Phonics is so important in the primary grades because it creates a solid foundation for future, more advanced reading skills,” said Sinclair. “Students become stronger readers by applying the skills they acquire through repetitive daily practice.”

Then, it was time to practice writing letters.

Using a smart board, Sinclair projected four parallel lines for writing on the front of the room and had the students stand up and review the names of the lines from top to bottom: Sky line, plane line, grass line and worm line. The lines are meant to visually remind students of the various heights and depths associated with letters when writing. The “grass” line is the standard line that most people are used to following when writing.

Drawing in the air in front of the projected lines on her board, Sinclair turned the letter review into a guessing game. Can you guess the letter drawn in the air?

“This first one is a little tricky. Are you ready?” she asked the class. “I’m starting at the plane line. Ready? Plane line, curve down to worm line, boop!” said Sinclair drawing a curved line in the air and mimicking a dot between the sky and plane lines. 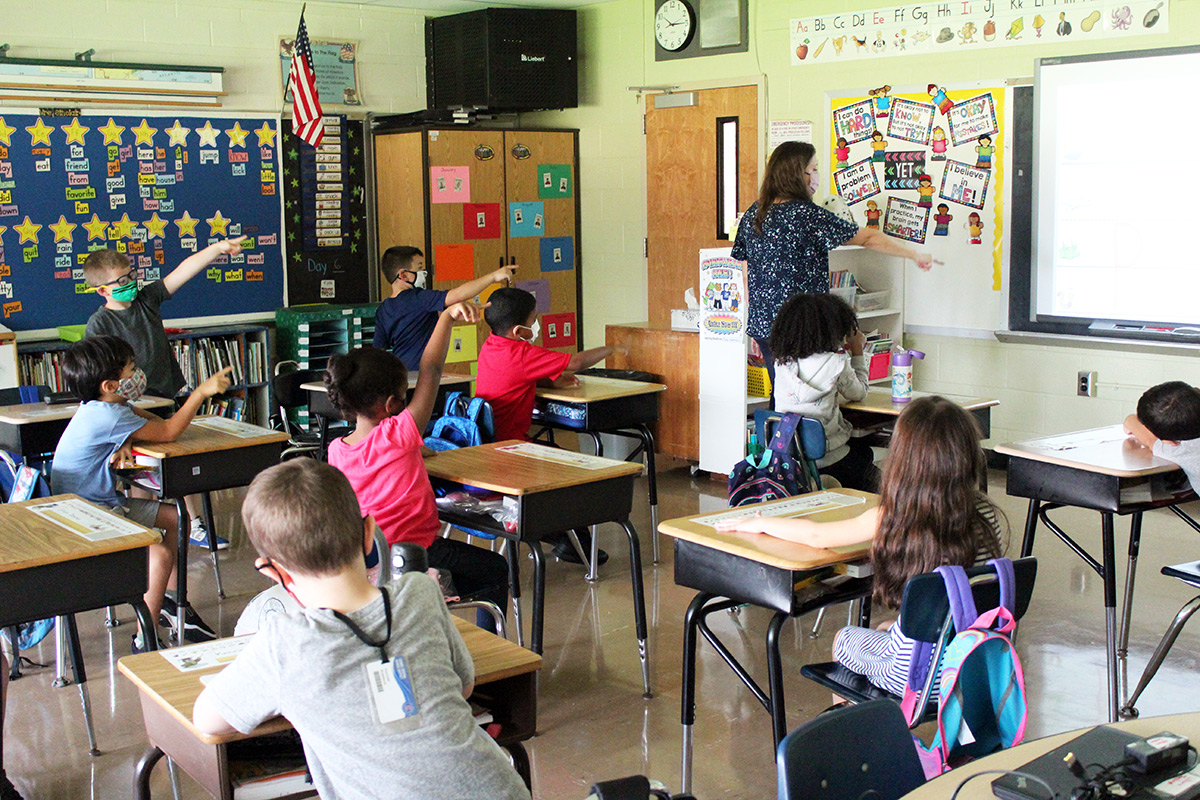 Immediately students raised their hands and eagerly claimed to know what letter she had demonstrated. If you guessed a lowercase J, like Liliana, then you are correct!

Next up: Plane line down to worm line, then back to plane line and a swoop to the grass line. Nora correctly guessed it as the lowercase letter P.

The lesson also included a video of Geraldine the Giraffe who focused on the letter P and showcased objects she found beginning with the letter. Among the words was “passport.” Sinclair paused to ask the students if anyone knew what a password was used for.

“When you travel somewhere, you need that to get on the plane.” said student Joseph D’Alessandro.

Geraldine also found pepper, which caused her to sneeze and the students to laugh.

“Pepper is spicy, so do not try it,” student Joseph Demo warned his classmates. “If you try it, it’s going to be way too spicy!"

Two letters down and 24 more to go for these fabulous first graders.