Before the school year let out, Kent Primary kindergartners put on their scientist hats to search for evidence during a recent science lesson about how animals and plants can change an environment. 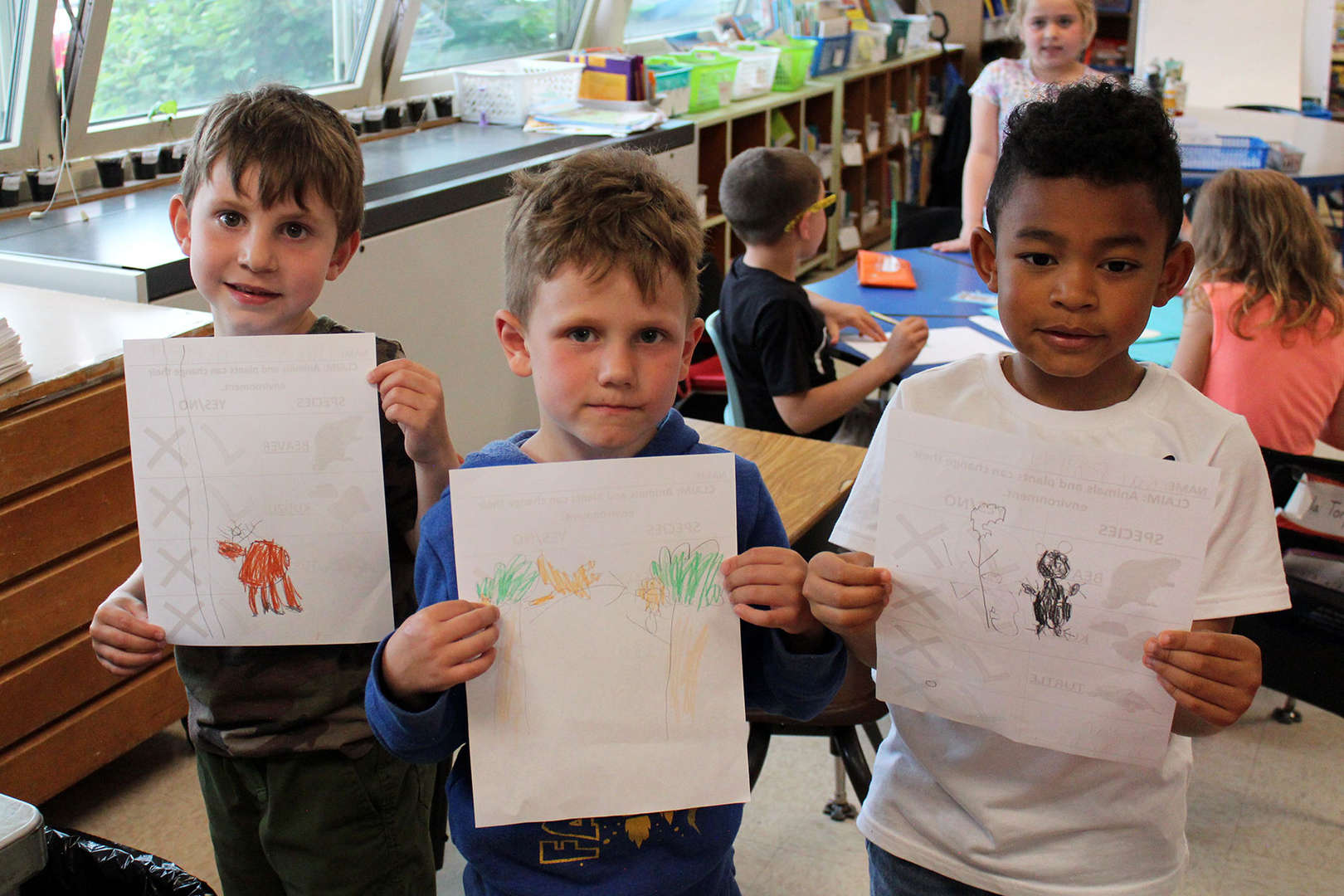 “It means that you found a clue!” said student Jackson Ercole.

After studying clues about turtles, beavers and plants to confirm that these living things do indeed make changes to their environments, the students put their critical-thinking and creativity skills to work. Our young scientists were then tasked with thinking of another animal or plant that they think changes the environment and drawing a picture of their choice.

Pictures included deer who rub their antlers on trees, bears who scratch tree bark off with their claws, rabbits who eat clover, owls who nest in trees and more!