What makes a hero?

Third-grade students in Meghan Gould’s class discussed the qualities that make someone a hero as part of a lesson in advance of the September 11 anniversary. 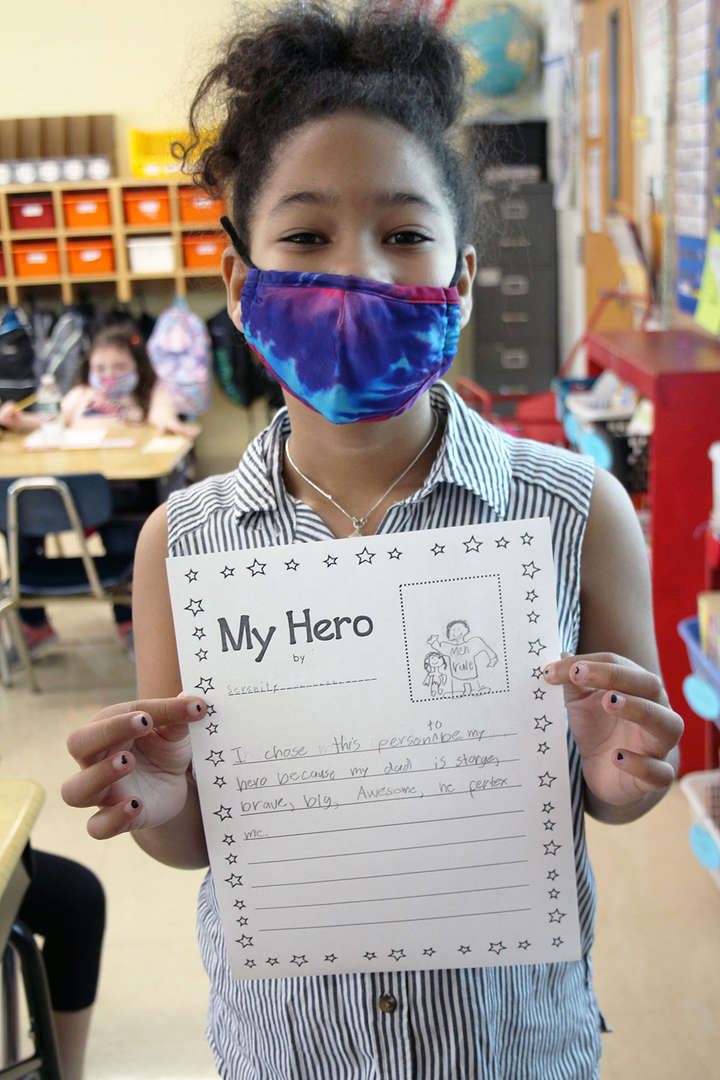 The students learned that heroes are role models who they believe have special achievements, abilities or personal qualities. Heroes can be first responders, athletes, relatives or even Superman! It is a personal choice unique to each student.

“You all probably have someone that you look up to. Someone who you admire for different reasons,” said Gould. “I want you to take a second and think about somebody who might be a hero to you.”

The assignment: draw a photo of your hero and explain why that person is your hero.

The room was quickly buzzing as students began pondering aloud and rattling off reasons why they regarded a certain someone as their hero. In some cases, students had a hard time just narrowing it down to one hero for the assignment.

Fiona Harrington chose her dad as her hero: “I chose my dad because he is a firefighter who saves people’s lives from danger,” she said. In addition to his service to the community, Fiona appreciates all that her dad does for her, including building her dollhouse and going trick-or-treating with her.

Serenity LaFalaise also chose her dad as her hero. “I chose my dad because he is big and strong,” she said. Serenity used the writing assignment to elaborate on more of her dad’s qualities – he is brave, awesome and he protects her. Heroic, indeed!

Students also chose grandparents, uncles and others as heroes.

One student chose his grandfather, a World War II veteran.

“He was in the Air Force and he was a World War II survivor,” the student said. “I never got to meet him but I got to see pictures. He seemed like a nice guy.”

“My uncle is my hero. He is a mechanic and helped fix my mom’s car. It made my mom so happy that it was fixed,” she wrote on her assignment.

At the end of the lesson, the students were all smiles knowing that they had shared their amazing heroes with their class.