Around the World in Third Grade

Under the shade of the trees around the soccer field, parents and visitors were transported through several different countries, across four different continents and around the world...in just a few hours! 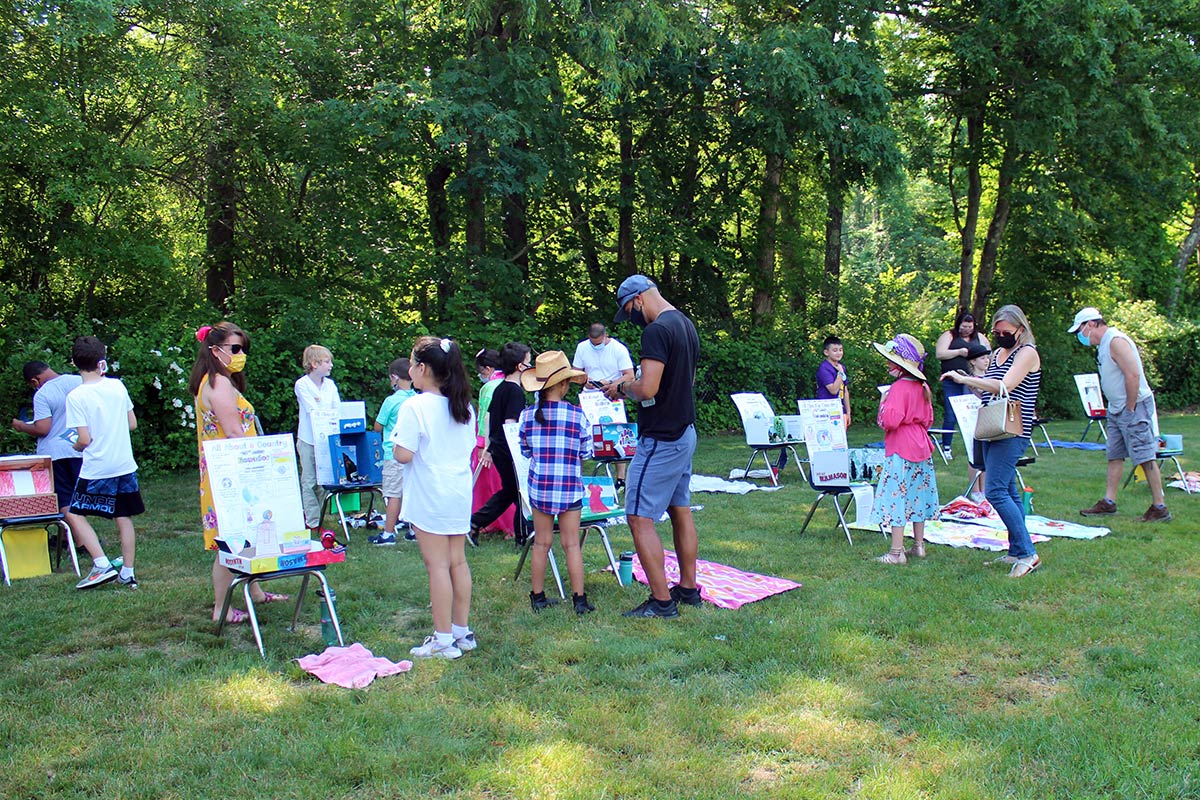 Third-grade students at Matthew Paterson Elementary presented a sea of displays for the annual Passport Day world tour. Passport Day has been an annual highlight at the school for nearly 30 years, taking on different formats over time. Last year’s students had to shift to a completely virtual format, so it was great to be back in-person this year.

"The third-grade team was so excited to bring Passport Day back in person this year,” remarked Jennifer Hunter, third grade teacher. “The students did a wonderful job completing their projects and they learned so much from one another. We are so proud of them.”

“This was my first Passport Day, and it was such a wonderful experience,” added teacher Catherine DeToma. “It was amazing to see all the creative ways the students presented and shared what they learned about their continent, country, and landmark. This event really embodies Carmel's 6Cs.”

Tours of the projects began in Europe, moved to Australia, then South America and finished with Asia.

Student Rylee Reyes focused her project on the Heart Reef, which is part of the Great Barrier Reef off the coast of Australia. Her display looked so good, you could eat it... literally! Rylee created a replica of the Heart Reef using blue jello, chocolate rocks, graham crackers, candy crystals and goldfish crackers. It is no surprise her project received high praise from her classmates. 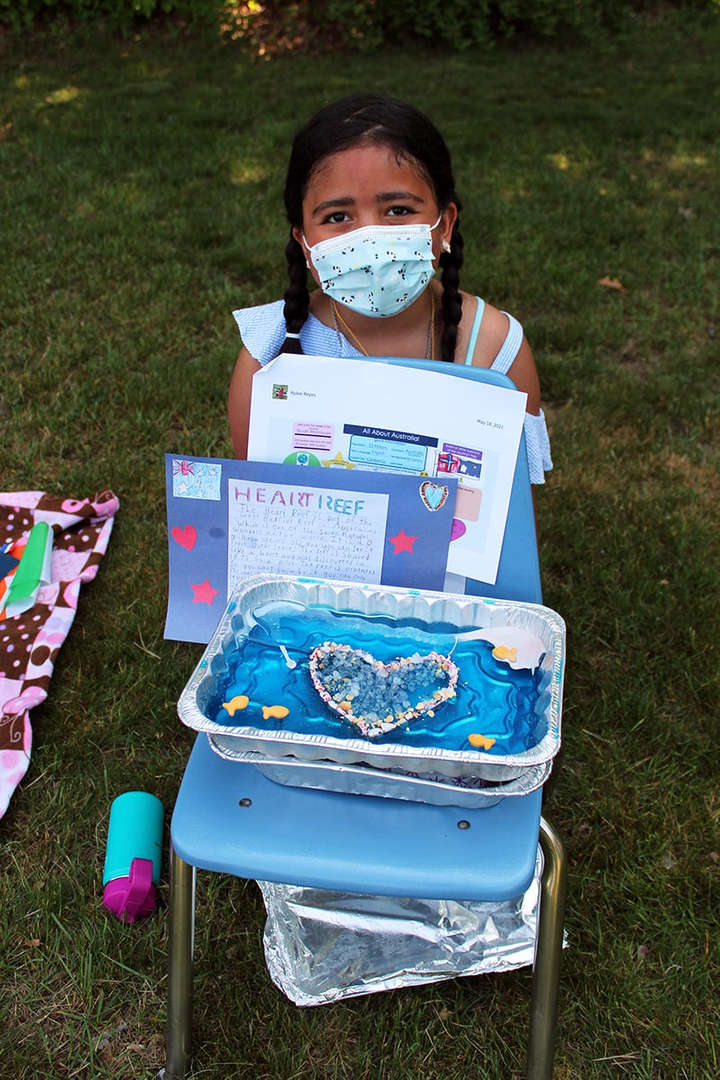 When asked the most interesting thing she learned about the Heart Reef, Reyes responded: “Everything was so interesting! There were so many fun facts, but I have to say my favorite was that someone found it by flying over it.”

One of the most colorful country displays was created by student Lisha Martinez to highlight the South American country, Ecuador.

“Ecuador is a colorful place; they have color popping all around. Everywhere you look is color!” Martinez remarked. “Fun fact, they also grow roses to export to North America.”

Martinez donned brightly colored traditional clothing worn in the mountains of Ecuador to present her diorama which included the Galapagos Islands, the mountains, the famous Ciudad Mitad del Mundo (“Middle of the World City”) and the Amazon rain forest. She spoke excitedly about the variety of animals that call the Galapagos Islands home, including the only known warm-climate penguins. Martinez, who previously lived in Ecuador, suggested that everyone visit the islands... but she cannot vouch if the penguins are friendly or not!

The world tour finished in Asia, where student projects featured countries that included Japan, South Korea, China and the Philippines.

Student Loujaine Sghaier chose to focus her project on Boracay, a resort island in the Western Visayas region of the Philippines. Her bright yellow floral outfit complemented the blue ocean and tan sandy beach scene in her diorama perfectly.

“I picked the Philippines because I had no idea what they do there, and I didn’t know anything about it,” said Sghaier. “But, I wanted to learn more.”

When asked about an interesting fact that she learned while completing her project, Sghaier’s answer required some challenging math.

“If I were to travel from my city to the country’s capital it would be 8,593 miles. I calculated it myself,” she remarked.

“Our students look forward to this event each year and we were happy that we could continue the tradition of Passport Day for the students and families,” said Stephanie Moran, third grade teacher. “This event has always been a tradition at Matthew Paterson Elementary School, but this year it was magical.”