Carmel High School has named Ryan Doherty as valedictorian and Jack Boeheim as salutatorian of the Class of 2022. 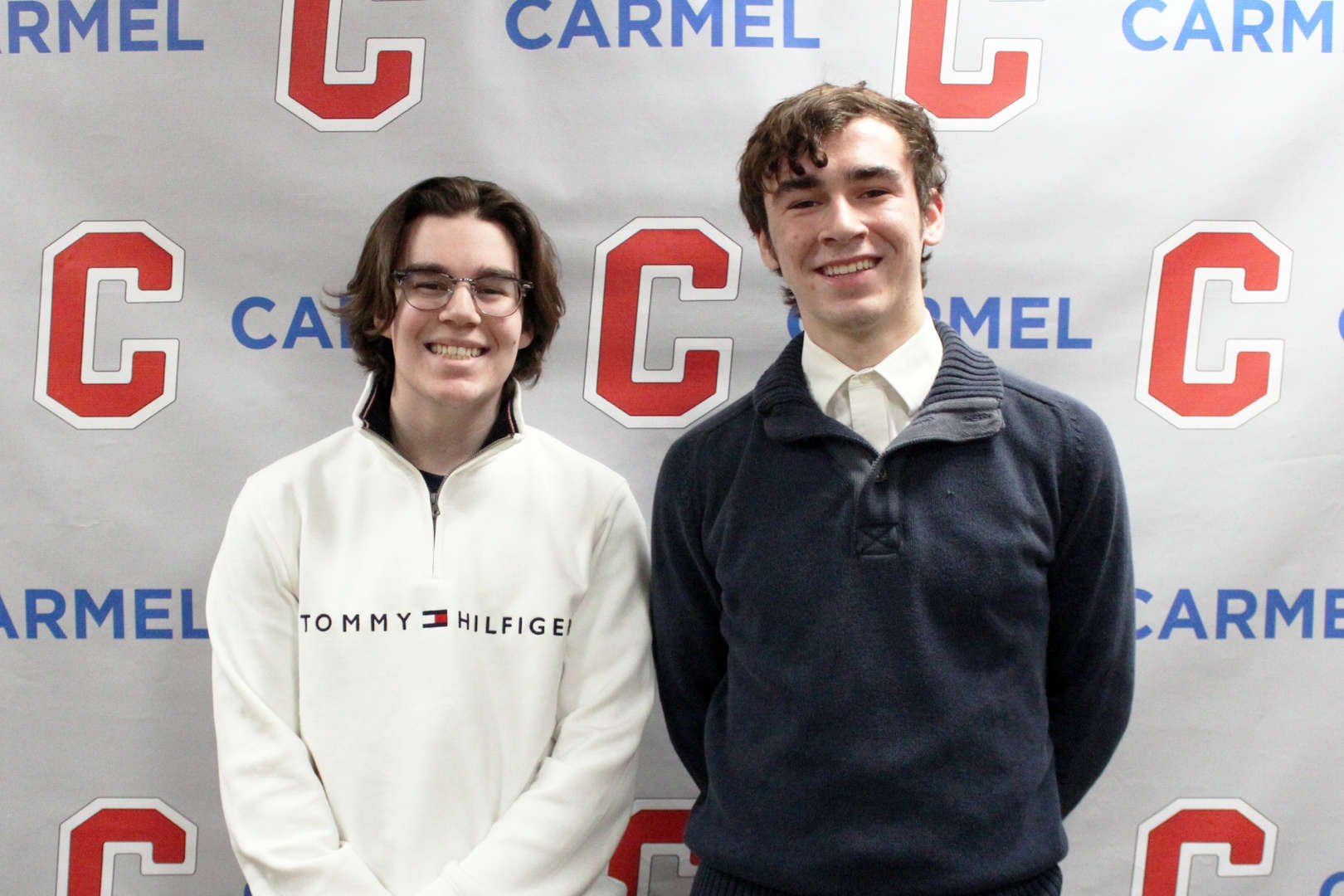 "It was very exciting and relieving,” said Doherty upon learning he was ranked as valedictorian of the class. “I never made valedictorian my goal throughout high school; instead, I just focused on learning the material and getting the best possible grades that I could get."

Earlier this year he was also named as a Top 300 scholar in the 2022 Regeneron Science Talent Search, the nation’s oldest and most prestigious science and math competition, for his research project which examined the racial and socioeconomic disparities in the usage of PrEP, a medication that significantly decreases HIV transmission when administered prior to exposure, within a county.

“Ryan is an exceptional young man who consistently strives toward breaking barriers and achieving excellence,” said Principal Lauren Santabarbara. “I have no doubt that we will see his name published in an academic journal or attached to scientific discovery in the future. Carmel High School is incredibly proud of Ryan, and we cannot wait to see the many achievements that await him.”

Doherty plans to major in biochemistry and public health to prepare for his current dream career as a biomedical research professor, though he is open to a career in a variety of fields including health law and biotechnology.

For Boeheim, being named salutatorian came as a surprise.

"Finding out that I earned the salutatorian title was a combination of surprise and joy,” said Boeheim. “. I did not believe I was in the running for either title, but I kept my head down and worked hard regardless. It came as a very pleasant surprise to find out that I had earned salutatorian.”

Boeheim plans to major in computer science/engineering and his dream is to become a software engineer for a big tech company similar to Google, Apple or Facebook.

In his years at Carmel High School, Boeheim spent time playing on the boys' lacrosse and track and field teams, played trombone in Band, and is a member of the National Honor Society. In addition to his school activities, he spends his time volunteering with different organizations and working a part-time job in customer service at DeCicco’s.

In October, Boeheim was one of six Carmel High School students who were honored as National Merit Commended Scholars, which placed him among the top 50,000 highest scores of PSAT takers across the nation.

“Jack is an extraordinary student who is not only dedicated to his studies but places a great deal of emphasis on the rigorous courses that he takes. Jack’s work ethic and drive are not only impressive but are telling of what Jack will achieve in the future,” said Santabarbara. “Carmel High School is so proud of all his accomplishments, and we wish him all the best as he begins his next steps.”

Carmel High School will celebrate Doherty, Boeheim and the entire Class of 2022 at a graduation ceremony on June 22 on the high school’s athletic turf.

Find out more about Doherty and Boeheim: 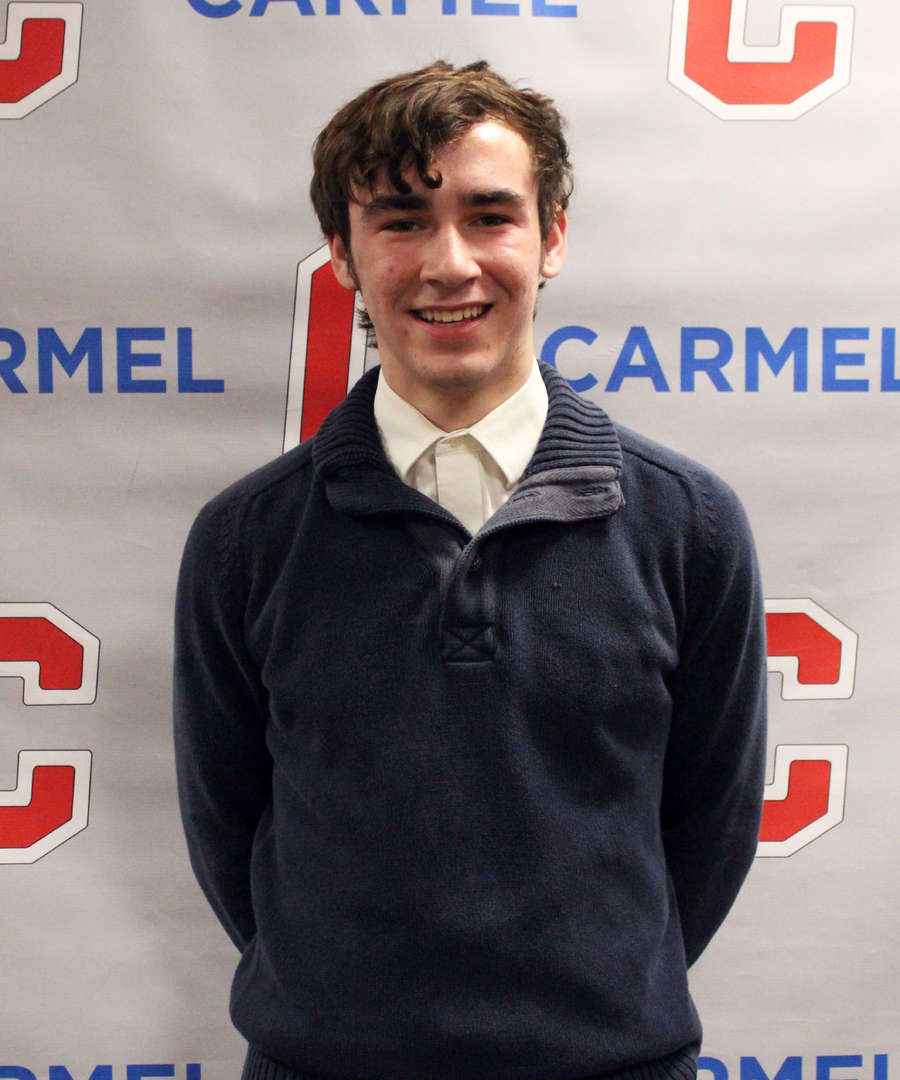 Anticipated Major: I am hoping to major in biochemistry and public health. I have been able to explore both fields of research during my time at Carmel High School, and I cannot see myself picking just one for my undergraduate education at least.

Favorite school memory: When I read Macbeth freshman year and then spent my free period talking to Ms. D’Arco about it. Just beyond the play itself, it was one of my favorite memories of just connecting with the many amazing teachers here at Carmel High School. Additionally, placing 4th at Adidas Indoor Track Nationals in 2021 to be named an All American for the 4x800m relay was one thing I never expected to accomplish in high school. So, it makes that memory that much more special.

Life advice for Younger Peers: Focus on enjoying experiences and improving the world around you. Fall in love with learning, better your community, and make lasting connections with your teachers and peers. These things will bring you much more fulfillment than any award could. 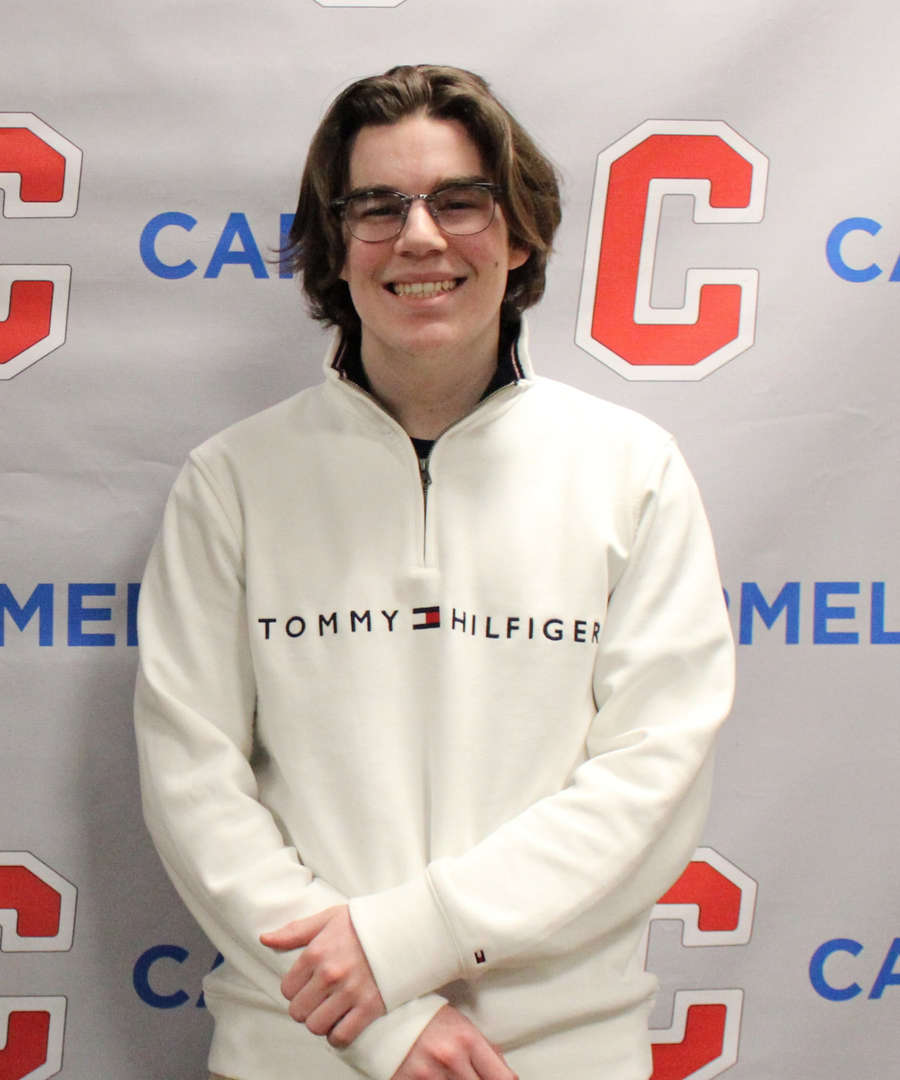 Anticipated Major: I plan to major in computer science/software engineering/computer engineering next year.

Most Influential Teacher: One teacher who has been the most influential during my years in Carmel schools is Mr. Hildenbrand. Mr. Hildenbrand is the only teacher I know who will go from teaching you about electromagnetism one minute, to giving you fishing tips another. He is always willing to give every student one-on-one attention until they understand the material. He engages the class by having us predict outcomes of demonstrations and support our predictions, and he always connects the current material to the real world. It always blows my mind learning how things work.

Favorite School Memory: The Washington, D.C., trip in Grade 8. I remember having so much fun hanging out with my friends in the hotel and visiting all the awesome museums. It was especially significant because it was the first time that most of us had been away from our parents for an extended period, let alone with a group of friends. There was a sense of maturity that I felt for the first time.

Words of Wisdom for Younger Peers: Make sure you dedicate time to extracurriculars you enjoy. Don't worry so much about what a college might want, but rather do what you are passionate about. Colleges will recognize that passion through your commitment. Also, don't be afraid of making mistakes. You can't be perfect at everything on the first go, so do what you enjoy and worry more about making progress and learning from your mistakes than always being perfect.