Elementary Students Learn the (Not So) Secret Computer Code

During the week of December 5-11, district elementary students took part in a global movement to promote computer science education, joining millions of other students worldwide for the annual Hour of Code.

Under the guidance of district technology coaches, students learned integral vocabulary related to coding: algorithm, de-bugging, conditional statements and more. These were important concepts to learn as the students would use them in activities of the session. 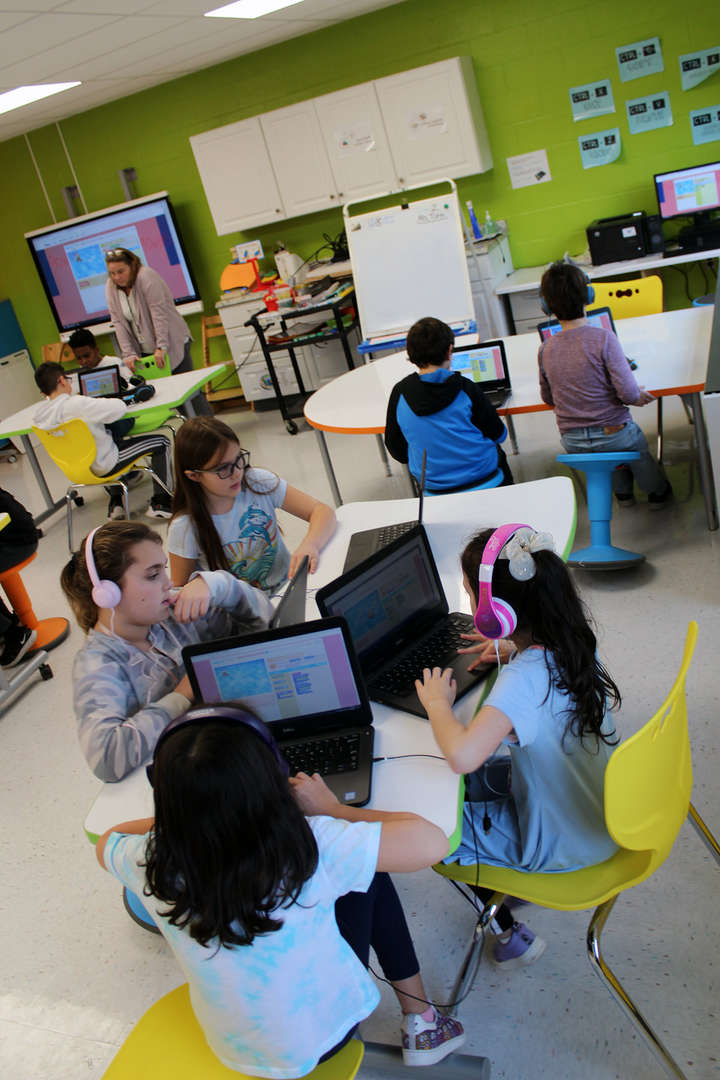 Technology Coach Michele Love stressed the importance of sequence and order with her students. She provided an example of using a keyboard to create a capital letter. You must first press the ‘shift’ key, then the letter, otherwise it will not work. You need a specific order to achieve the correct results. The same logic is important with coding.

Some students had done coding in other classes and were eager to share their expertise with their peers.

"There are ones and zeros which make up the language of computer code,” said student Marcos Sa when asked to describe coding to his class.

“Research shows that even just one hour of code at the elementary level can be highly impactful,” said Love. “Coding requires computational thinking, problem solving and creativity. Students need these skills to be successful not only in computer science, but in all academic subjects.”

After a quick lesson in coding, it was time for students to put their new skills to work. Using basic coding commands of sequences and loops, students worked within a digital code to guide characters from the Disney movie “Moana” through different activities and levels. One thing that the students had to remember throughout the levels is that when coding left or right turns into the steps, they had to think of the character’s left or right sides, not their own.

During a session at Matthew Paterson Elementary School, third-grade students helped each other with tips and tricks learned while working through the levels.

Student Peter Tunno showed his peers how to use a repeater block on level 7 to make the characters repeat a small set of code multiple times. Student Jaxson Ortiz used the smart board in the room to show his classmates an effortless way to separate strands of code blocks to make an edit in the middle without having to rebuild the whole strand from the beginning.

Third-grade Kent Primary School student Spiros Velezis was the first student among all of Love’s sessions to make it through all 19 levels during the class time. Coding is nothing new for him as he spends his free time coding his own games using different software designed for children.

“The students showed grit and determination in cracking the code to help Moana and Maui navigate unknown territories,” said Love. “Students were engaged and excited to participate in the session. The Hour of Code event helps all students build confidence in their ability to pursue a career in the field and foster positive attitudes toward computer science.”