World War II Liberator Stresses Lessons of the Past

Carmel High School has a long history of connecting students to engaging speakers with personal accounts of historical events. Recently, the students heard the first-hand perspective of Alan Moskin, a Nanuet, N.Y., resident and World War II veteran who helped liberate the Gunskirchen concentration camp. Moskin was also present at the Nuremburg Trials of top Nazi officials at the end of the war. 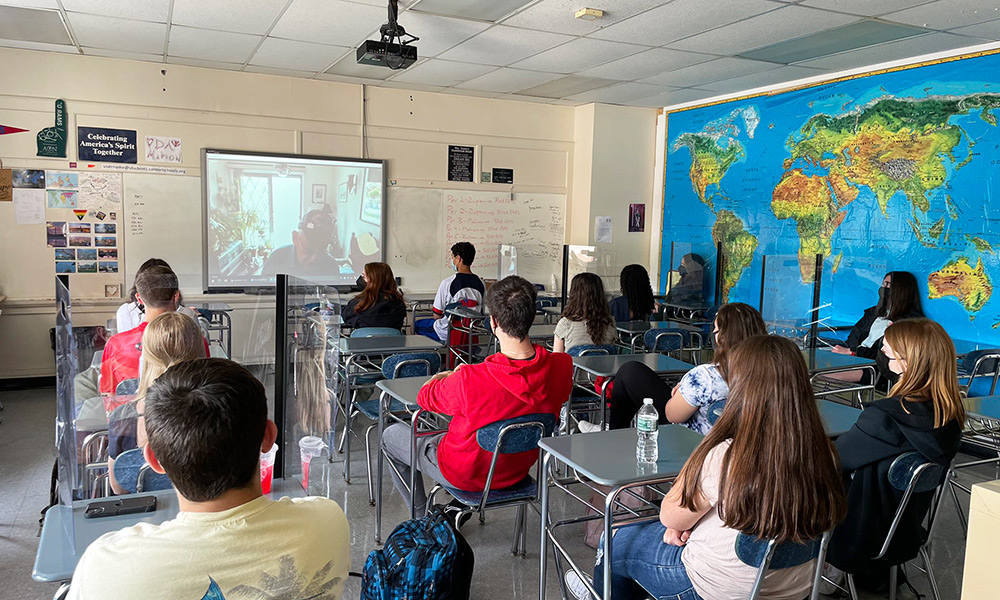 Social Studies Teacher Susan Tornatore, who leads an elective course on Nazi Germany and the Holocaust, has been overseeing the speaker series for the past five years. In 2015, Tornatore took a group of students to the Rockland Holocaust Museum, to hear Moskin speak. They found the experience so powerful that they encouraged her to invite Moskin to address the entire Carmel High School community.

A partnership between the Carmel High School Social Studies Department and the Rockland Holocaust Museum brought Moskin’s powerful story to the students this year, virtually.

“He has an experience that has lessons from the past, as well as significant meaning to the difficulties we face in our nation today,” said Tornatore.

As Holocaust eyewitnesses age, these students are among the last generation that will have the opportunity to hear directly from them, so Moskin’s presentation was especially profound.

Throughout his Zoom presentation, Moskin stressed how important it was for people to remember what happened during World War II. In a time where Holocaust deniers are growing on the internet, teachers emphasize to students the importance of evaluating sources and those interpretations of history. 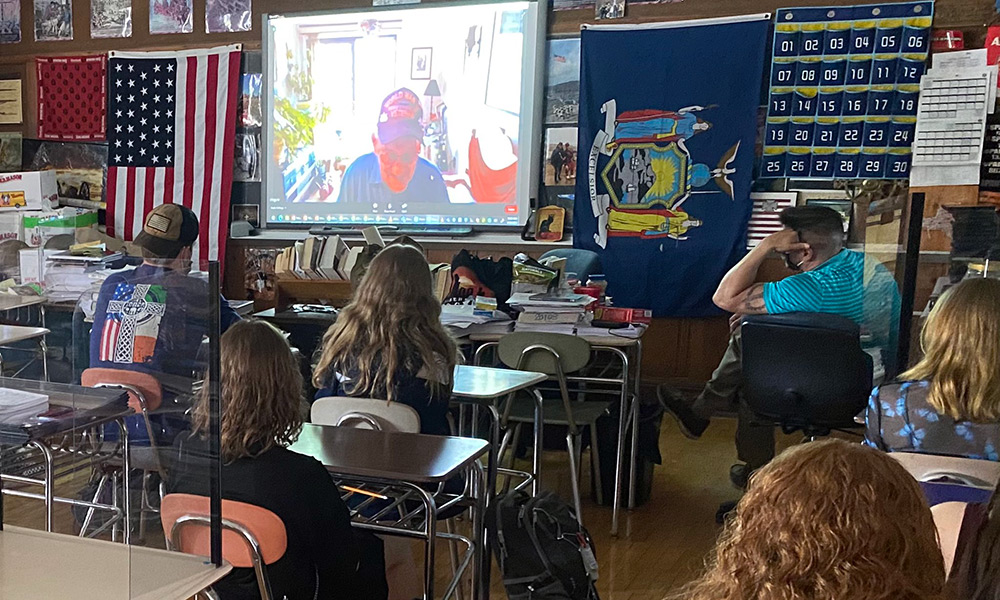 Moskin asked the students to be upstanders in their school and community – something that the District also promotes in its Carmel 6C guiding principle of Citizenship.

"We got to hear his personal story, which made a difference, instead of studying it in the classroom,” said senior Sal Lagana. “What stuck with me was how he said, 'If I had been two meters to the left or two meters to the right, I wouldn't be here'.”

"It was so powerful. I know some people don't believe, but the way he spoke, you have to believe him,” said senior Holly DeFeo.